Chinese guy, a Jamaican lady, an Indian guy, and a 17 year-old Syrian refugee walk into a curling club…

It’s Monday night in small-town Ontario and it’s the first-ever Learn to Curl class for New Canadians. Inspired by the local refugee resettlement program, this evening was set up to welcome newcomers and “diversify the club”. But when its organizer slips on the ice and breaks her hip, the rink’s ice maker and former champion curler Stuart MacPhail is forced to step in as head coach. Trouble is, Stuart has some strong opinions about immigrants…

What follows is the hilarious and inspiring story of a group of unlikely athletes who face off against local prejudice and become a true team. Each character has their own story to tell about life off the life—all while they prepare to compete in the local bonspiel: the highly coveted Highlander Cup. Both laugh-out-loud funny and quietly moving, The New Canadian Curling Club is a brand new comedy about immigration, community, and national identity—with a heart as big as Canada itself! 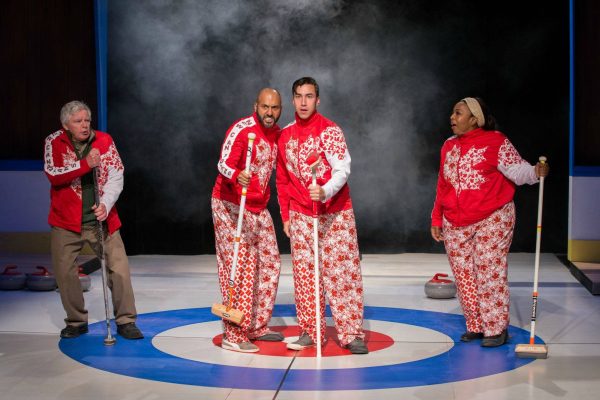 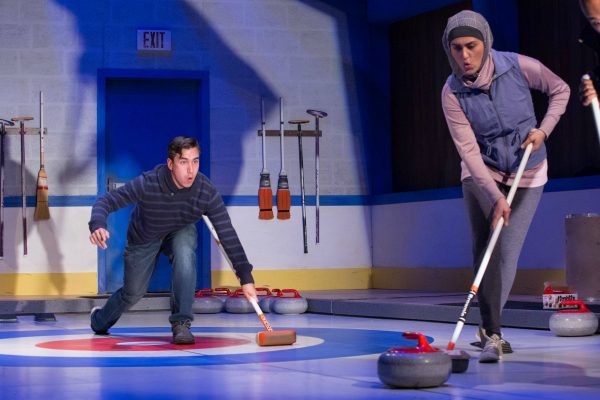 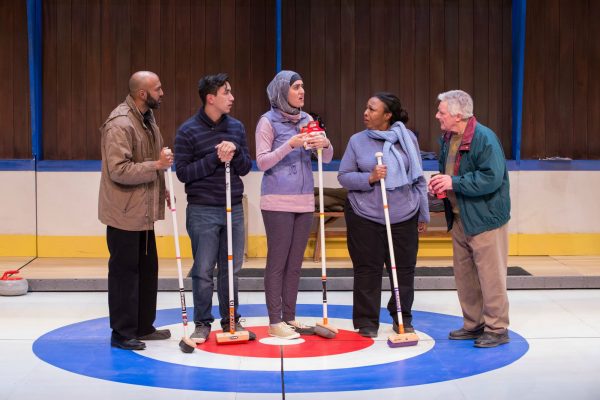 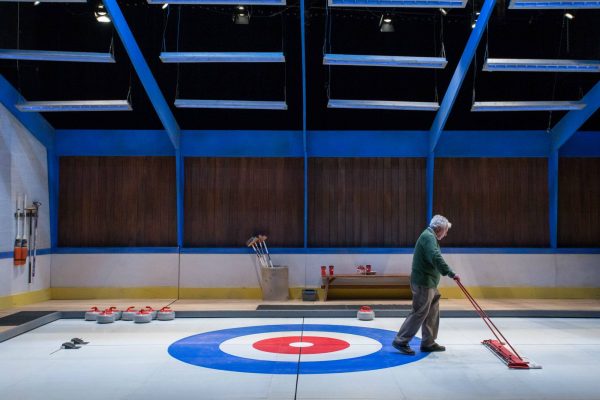 ★★★★ (out of five)
""Curling Club achieves what may seem the impossible task of portraying its serious subject realistically and yet being warmly funny at the same time."
"Let’s hope that audiences take home the good will and insight that imbues Crawford’s play because the world will be all the better for it."

"Hilarious, heartwarming, and important."
"Might be the best new piece of comedy theatre I've ever seen."
"The closest theatre can get to an antidote for our times."

"Using an ancient sport, which itself was a recreational immigrant, to examine an issue as urgent as today’s headlines is effective and persuasive. And it’s laugh-out-loud funny. Damn funny!"

"It’s a testament to The New Canadian Curling Club that theatregoers put their hearts behind the struggles of these four new Canadians as they struggle courageously to carve out lives of decency and integrity in a country that is home to such a ridiculous game as curling."

Rob ReidReid Between the Lines

"A hilarious night in the theatre"
"While on the surface it’s a play about learning a new sport in a new land, it can certainly be interpreted as an allegory for learning a new culture and being accepted by your new home."

"Although this play takes place in a small-town curling club, the humour and lessons learned will be relatable to all, no matter where you live."
"This play had me laughing from the very first scene, perhaps even the very first line."

"An evening of comedy, humility, sense of community and national pride."
"The perfect combination of realistic prejudice due to lack of exposure to other cultures, mixed with dark comedy to lighten the very real and topical connection to the refugee crisis and political climate today."

"The New Canadian Curling Club truly is right on the button!"
"The question that lies just below the show’s pebbled surface...how we, as Canadians, welcome people who are different from us."

"It is funny, very funny. It is profound and diverse and encouraging."
"On matters of laughter and identity, The New Canadian Curling Club is on the button."

"You owe it to yourself to see Alberta Theatre Projects’ The New Canadian Curling Club."

"Crawford is an actor turned playwright who understands that laughter lies in the truth of the characters he puts on stage."

"The gentleman sitting behind me summed it up best when he said to his wife as we all left the theatre “that was so much fun and I’m so glad we came.” This is one of the things theatre is meant to do... The New Canadian Curling Club puts it on the button."

The Calgary HeraldLOUIS B. HOBSON

"In The New Canadian Curling Club, multiculturalism meets small-town racism with grace and some gags"

"I won’t reveal the final results of the bonspiel, but you’re likely to have discovered you’ve become a curling fan. By the end, when Fatima receives a fateful call on her iPhone, (beautifully received by Farid), you might find yourself sweeping hard for The New Canadian Curling Club."

The Globe and MailStephen Hunt 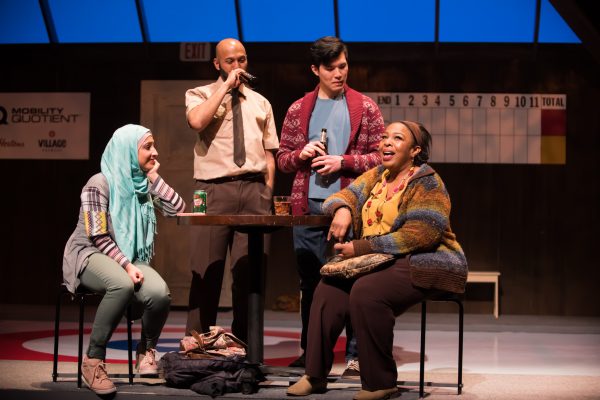 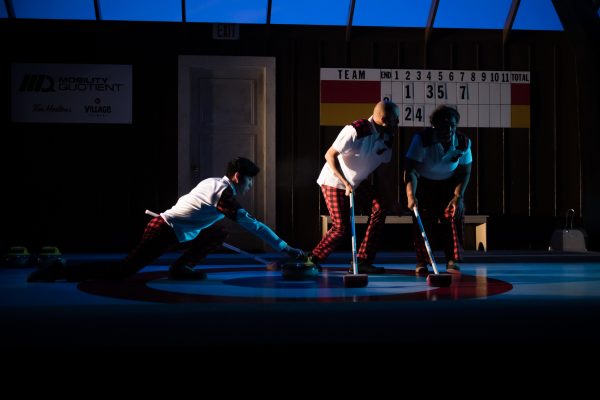 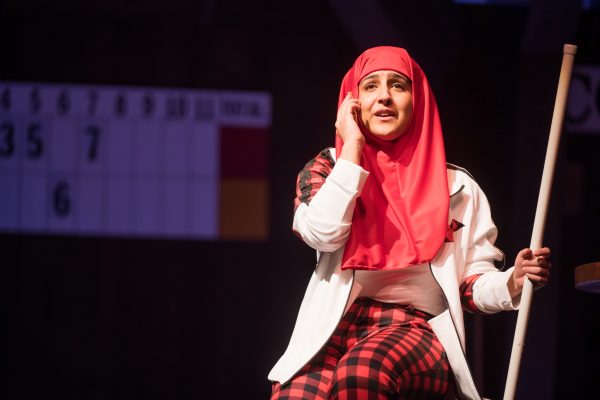 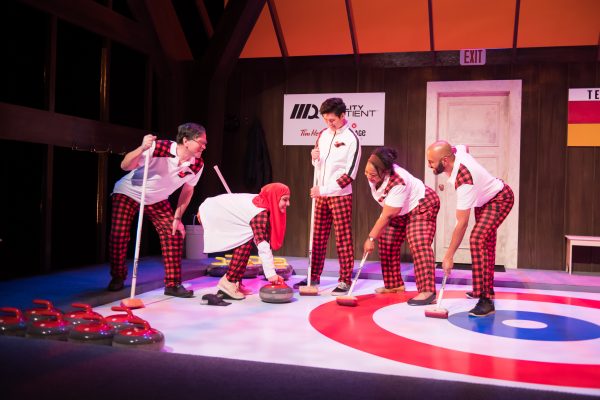 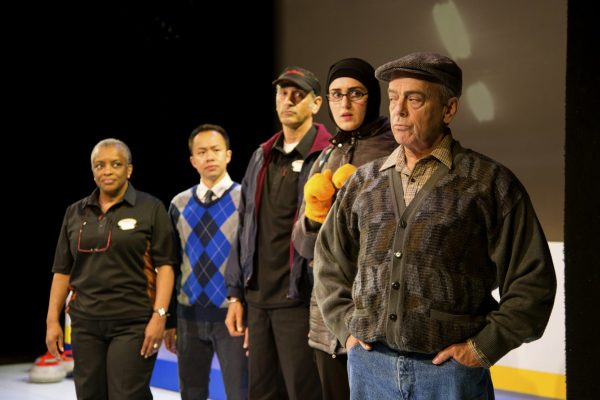 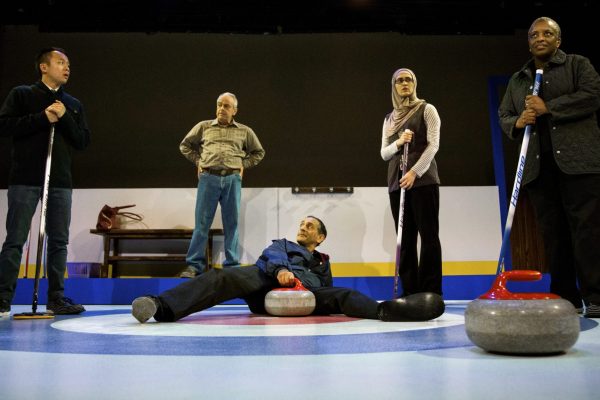 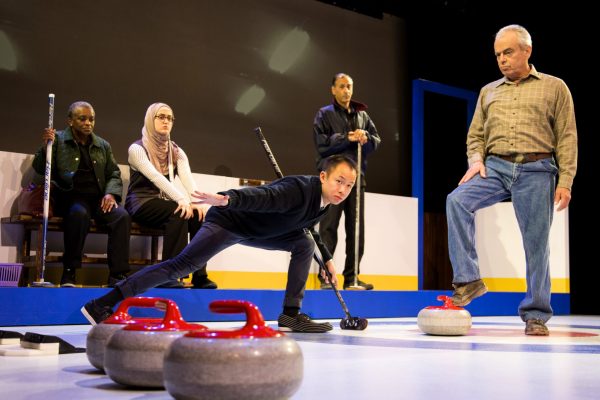 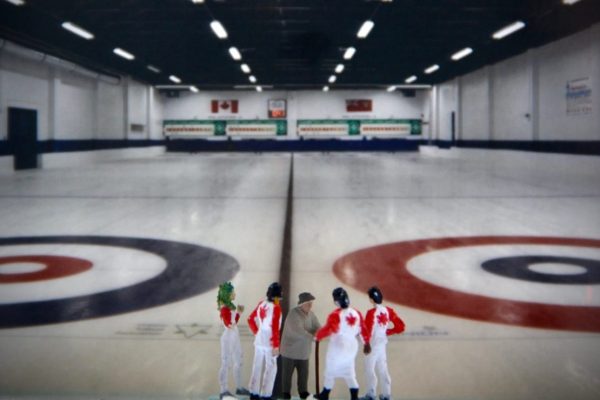 The New Canadian Curling Club ran at Alberta Theatre Projects March 5 – 23, 2019 and became the highest-grossing play for single ticket sales for a non-holiday production in the company’s 48-year history. 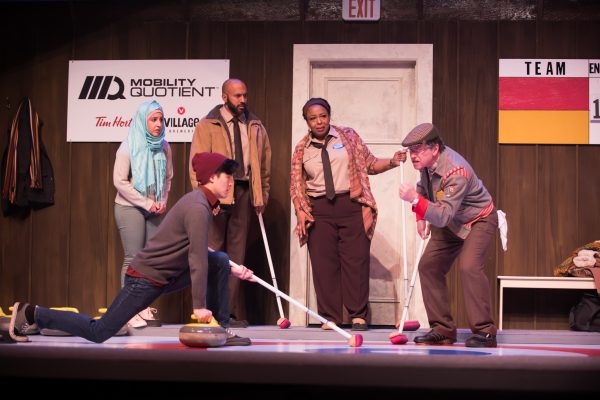 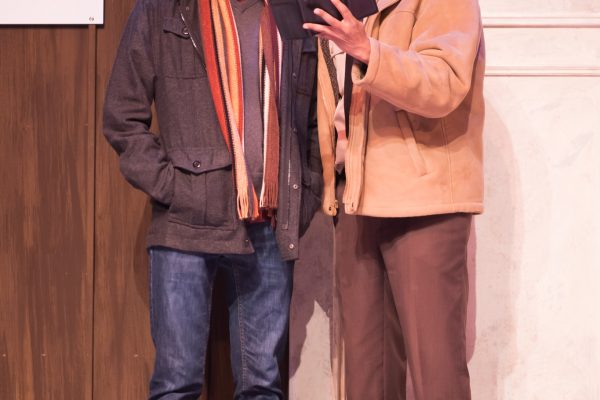 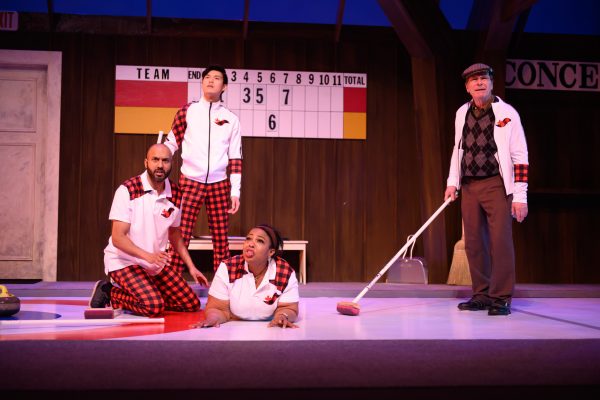 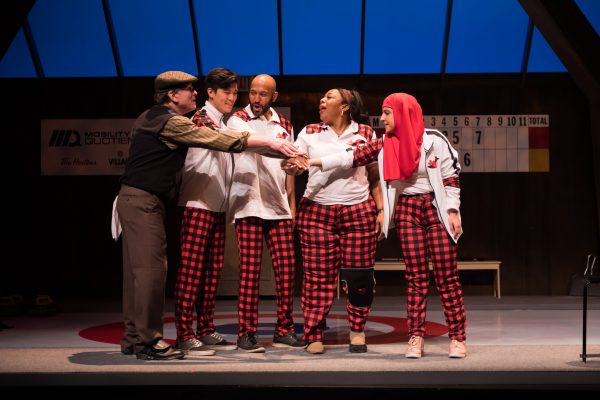