Tristan Carlucci & Paula Potosky in 'The Birds and the Bees' at Prairie Theatre Exchange. Photo by Leif Norman.

This weekend may be the last-ever Turkey Days Festival, but for these four characters, that is just the beginning…

Sarah, a turkey farmer, has just left her husband and moved back home to live with her mom Gail. Despite the fact that she’s a divorcée of twenty years herself, Gail isn’t exactly providing the sympathy Sarah needs. Gail’s a beekeeper and she has other things to worry about—like why her honeybees are dropping dead.

Then there’s Earl: Gail’s neighbour, farm tenant, and the ex-husband of Gail’s ex-husband’s new wife. In these past twenty years, he’s been keeping himself mighty busy with the ladies, but Gail has just never really got back on that horse…so to speak. And finally, there’s Ben: an athletic 23-year-old Masters student, here to study the collapsing bee colonies. Secretly still a virgin, he’s about to get a big lesson in pollination…if you know what we mean.

Set in two adjoining bedrooms on a modern Canadian farm, the play tackles sex, love, science, family, and the artificial insemination of turkeys. The Birds and the Bees is a laugh-out-loud comedy with brains…and a huge, honeyed heart.

★★★★ (out of five) - Belly laugh after belly laugh in this outstanding, warm-hearted comedy that confirms Crawford as one of this country’s finest up-and-coming playwrights.

★★★★ (out of five) - The most sophisticated aspect of Crawford’s comedy examines if and how the characters will be able to move beyond their own restricted views of themselves.

It is a comedy, but it’s got a lot more resonance to it, as opposed to just being for yuks. We’re looking at people and their need for connection and love and wholeness. Mark’s done a really lovely job at making it true to its comic form, and also keeping the characters flawed and human enough that the circumstances could fall out the way that they do.

This well-written, taut script is filled with clever dialogue, four interesting people, and intersecting storylines that keep the audience engaged to the end. There are also a couple of scenes that are riveting, giving this show an emotional depth few other comedies can claim.

'The Birds and the Bees' happens to have the honour of being the Blyth Festival’s 200th production and its 125th world premiere. Crawford’s gift for finding both humour and hope in everyday life makes his play fully worthy of that honour. Catch the world premiere production while you can, but expect to see more productions of this hilarious but thoughtful comedy far and wide.

The Birds and the Bees starts out as a wild and wooly sex farce but deepens to touch the heart in equal measure with the funny bone.

Reid Between the Lines

Not to be missed! It feels like being on some kind of comedy roller coaster where every line, situation, and joke comes faster than the last.

The laughs come one right after another in this comedy that covers sex and then romance for the somewhat older crowd. While the characters are all a little bit crazy, Crawford has made them very recognizable. We become charmed by them and want the best for each of them. The fact that they say and do funny things is a bonus.

Often funny, sometimes heartwarming, and thoroughly charming...Crawford writes some snappy jokes and finds lots of humour in the not-so-simple relationships between his characters...This may be just the type of play a lot of us need: one that reminds us that some things die and new things are born, and that it's all a lot easier to deal with if you have some laughs along the way.

The dialogue begins as a silly and sexual chat but shifts and pulls at the heart strings through a deeper message about love and family...You will laugh heartily until your cheeks hurt!

"The Birds and the Bees is satisfying on every level."

"It’s both funny and smart, eluding the traps of the predictable situation comedy."

"The Birds & the Bees had the Arts Club audience screaming with laughter and applauding enthusiastically."

"Delivering both the conventionally comic and the exceptionally rare, it’s an ending that deserves its cheers." 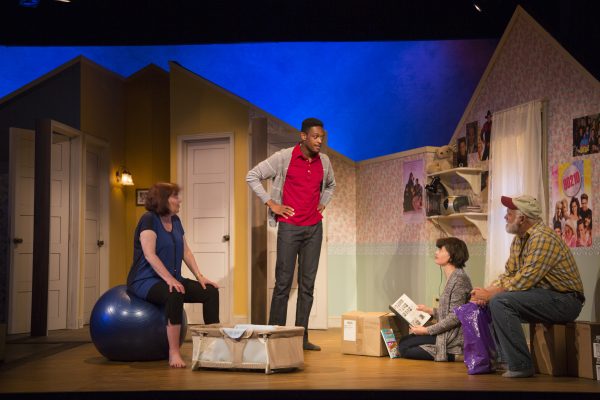 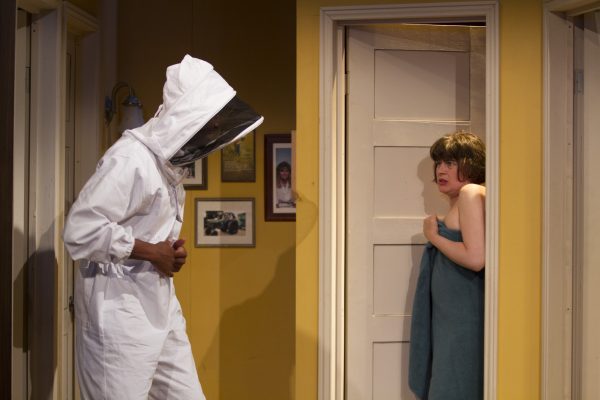 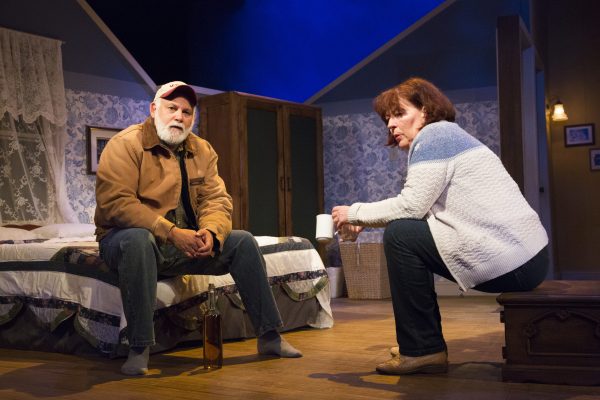 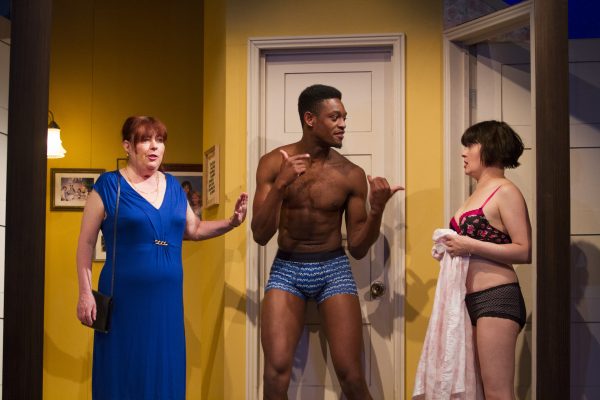 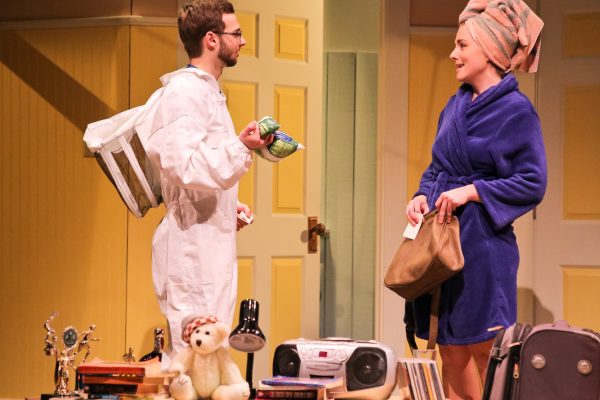 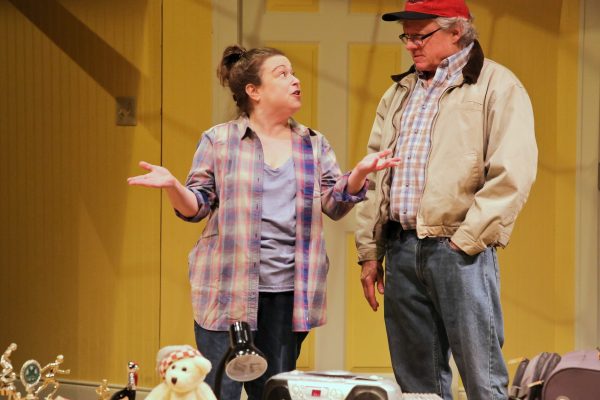 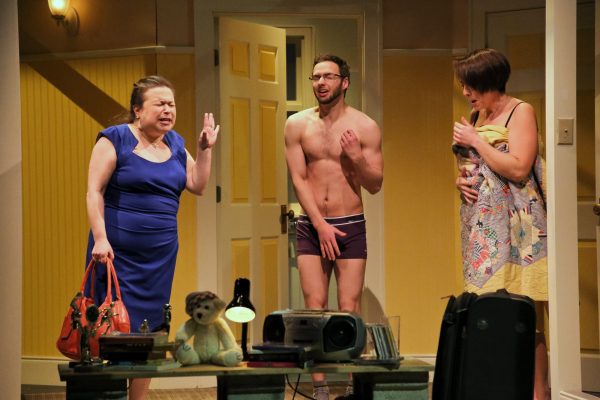 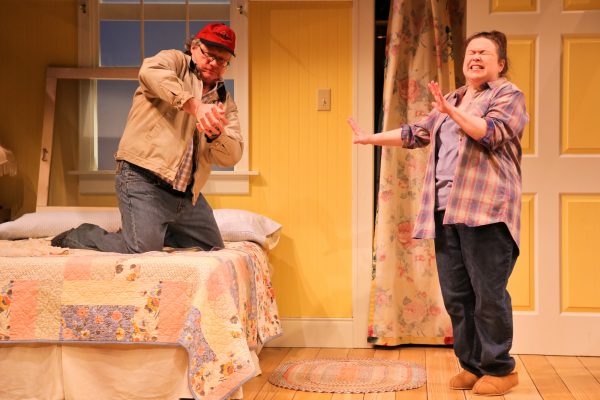 The Birds and the Bees premiered June 22, 2016 at the Blyth Festival (Blyth, Ontario).

It had a second production in August-September, 2016 at Port Stanley Festival Theatre where it played to 96% capacity.

In 2017 Prairie Theatre Exchange’s (Winnipeg, MB) production ran from March 30 – April 16, and Victoria Playhouse Petrolia (ON) produced the show from May 30 – June 17.

A co-production between Thousand Island Playhouse (ON) from September 22 – October 15, 2017 was produced in Association with Western Canada Theatre (Kamloops, BC) where the show also ran January 25 – February 3, 2018.

2018 also saw productions at both Lighthouse Festival Theatre (Port Dover, ON) and Drayton Entertainment (Drayton, ON).

In 2019 The Birds & The Bees ran at both the Sudbury Theatre Centre (ON) and the Arts Club (Vancouver, BC).

Productions at both Magnus Theatre (Thunder Bay, ON) and Miracle Theatre of Prince George (BC) are planned for the 2020 season.

A scene from 'The Birds and the Bees' at the Blyth Festival, 2016 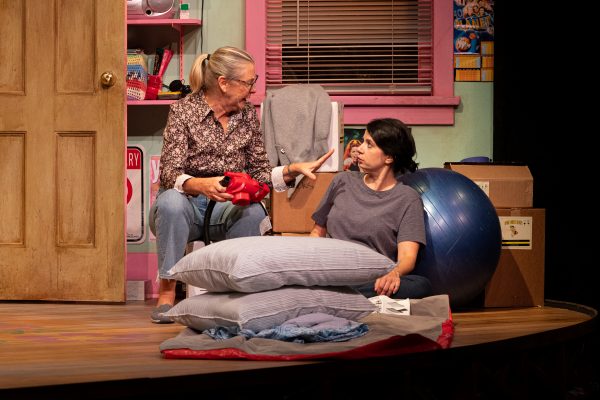 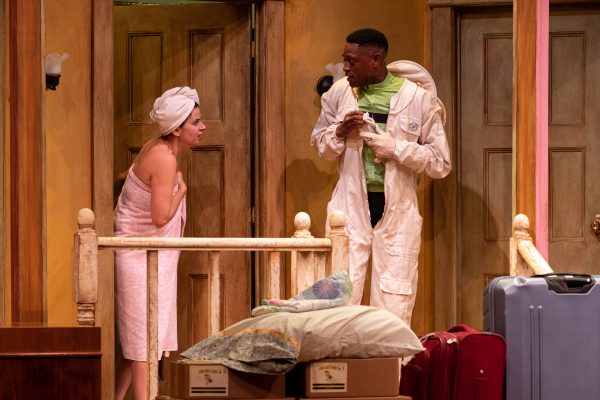 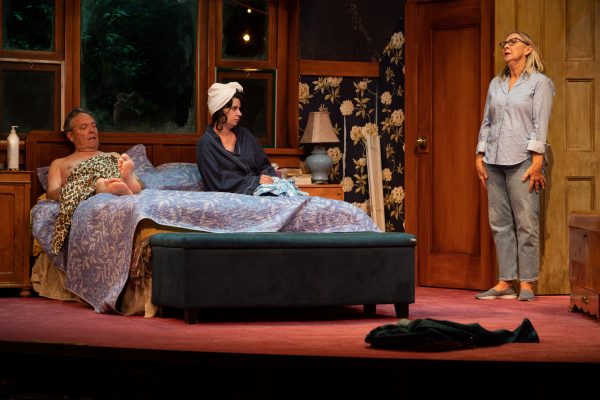 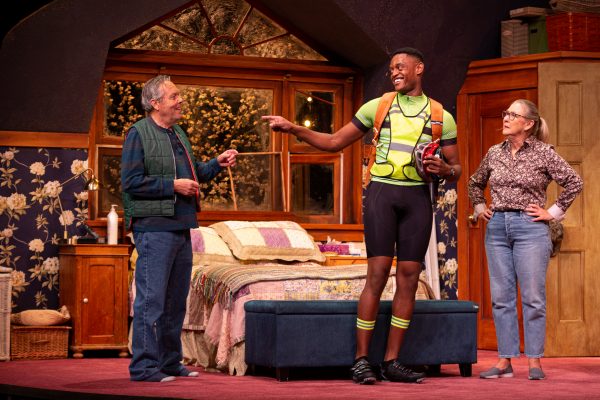