A Palestinian cop and an Israeli cop investigate the murder of an American archaeologist teaching in the West Bank.

Facts is a murder mystery set in Hebron. It is a work of fiction, but its starting point is an actual event: the murder in 1992 of Dr. Albert Glock, an American archaeologist teaching at Birzeit University in Ramallah. Two detectives, one Israeli, the other Palestinian, investigate the murder of an American archaeologist. Their main suspect is an Israeli settler. They’re pretty sure he’s guilty, but of what?

★★★★ Milner’s play, in a taut and volatile production by Caitlin McLeod, proves gripping...It’s a powerful piece that digs deep

Full of the prickly politics between Arab and Israeli or Arab and Jew. Milner does a good balancing act between the two sides, (or the many sides?) and three electric performances from Richard Greenblatt, Sam Kalilieh and Alex Poch-Goldin.

Milner’s play cleverly uses the police procedural as a pretext for an ugly confrontation between religion and ideology. Kalilieh, Greenblatt and Poch-Goldin send the Factory Theatre stage soaring to desert temperatures. (rating: 9/10)

Taut and nuanced, 'Facts' is heady and pointed without being preachy, and offers some fresh and unexpected dynamics. The powerhouse cast of Sam Kalilieh, Richard Greenblatt, and Alex Poch-Goldin deliver expert performances and exude tense chemistry.

… extremely riveting. … Milner has dared tackle one the most difficult and explosive political questions on earth … a strong will, a confident pen, clear thinking, a well-informed human being, and a writer passionately engaged … This is a powerful play.

An intense psychological drama, a meticulous police procedural, a history lesson, and a debate encompassing key aspects of the Israel-Palestine conundrum – Canadian playwright Arthur Milner fits all these into a high-energy ninety minutes. And a sensitive director and a cast who hold nothing back capture all the play's power in a flawless production.

'Facts' may be the title of Arthur Milner’s drama about a murder on the West Bank, but the focus is firmly on the relationship between the two detectives, one Israeli, the other Palestinian, interrogating the suspect. Politically charged and volatile as the region has been for many years, Milner demonstrates in his tautly written script that humanity trumps politics.

'Facts' gives the audience a lot to think about and even a few things to laugh about. … On a scale of one to five, 'Facts' gets four and a third.

...consistently fascinating and morbidly absorbing...(Michael Feast's) portrayal of Yossi ... is one of the most powerful individual performances I have seen at the theatre for a long time. Milner’s writing is equally impressive...'Facts' really ought to be seen by as many people as possible.

(★★★ 1/2 stars) The cast is routinely excellent and not a word is wasted in Arthur Milner's gripping and thought-provoking script.

...you don’t have to be informed to understand this play. Facts are effortlessly woven into the story, they are part of the evidence... a gripping play...makes the Israeli-Palestinian problem more tangible than anything heard from a political pundit.

A modest production in a nondescript venue puts big-production West End theatre to shame...more talent and content to think about here than in a lifetime of showbiz extravaganzas 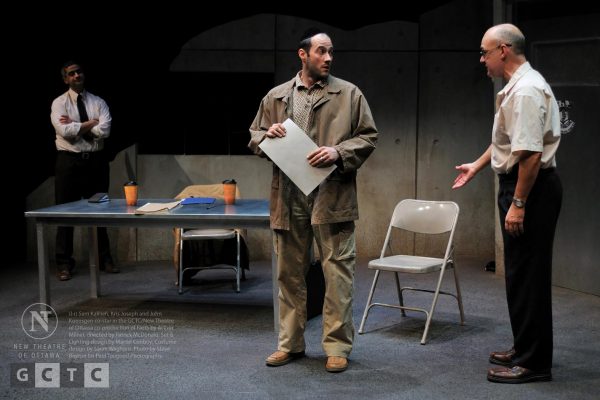 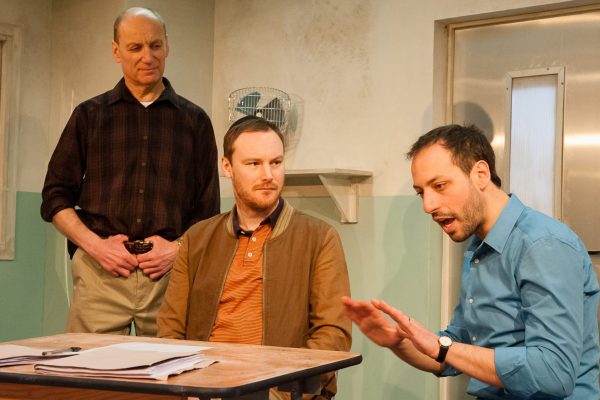 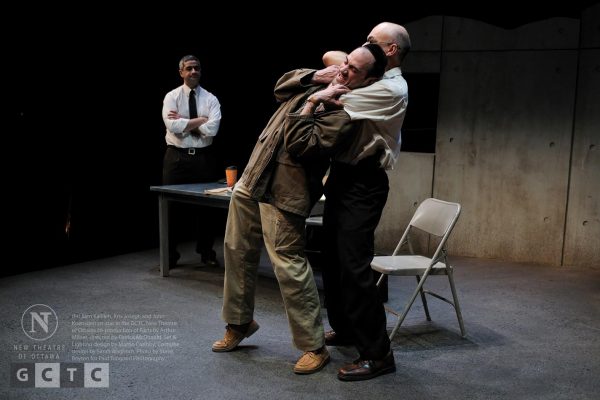 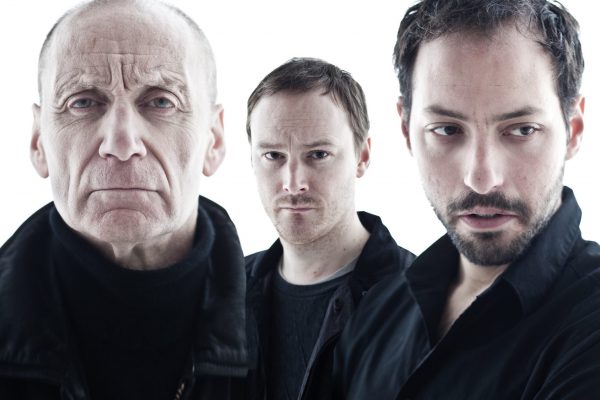 Facts premiered April 15, 2010, at the Great Canadian Theatre Company in Ottawa, Canada, in co-production with the New Theatre of Ottawa, directed by Patrick McDonald.

Facts was workshopped by the Manitoba Association of Playwrights at its 2004 Playwrights Colony. In 2005, an early version of Facts was produced by Rory Runnels and Who Knows Productions, directed by Ulla Ryum, at the Winnipeg Fringe Festival.

Facts is published in Two Plays about Israel/Palestine, iUniverse 2013; and in Double Exposure: Plays of the Jewish and Palestinian Diasporas, Playwrights Canada Press, 2016.

Facts has been translated into Arabic and Turkish.

2012 – Facts Assembly at Summerworks, Toronto, ON

2012 – NTO and Alrowwad Cultural Society; Palestine and Israel, in Arabic 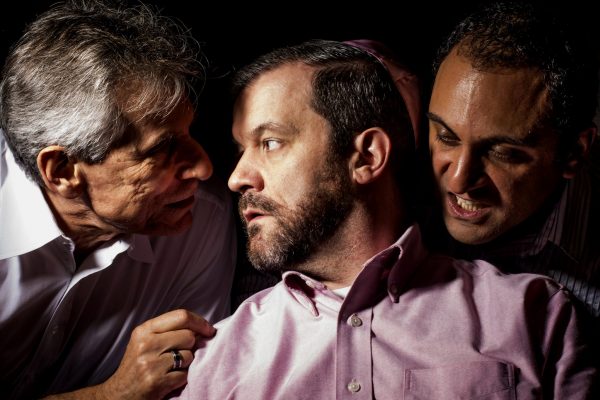 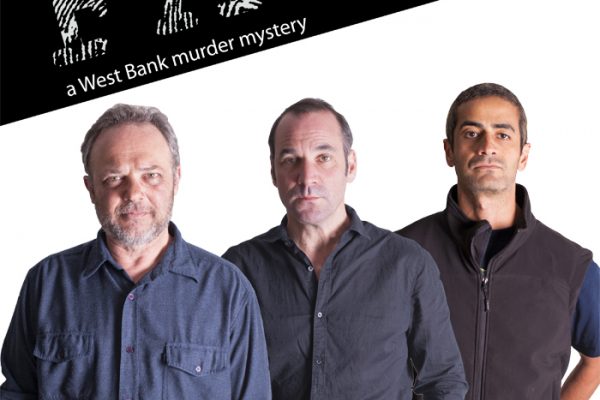 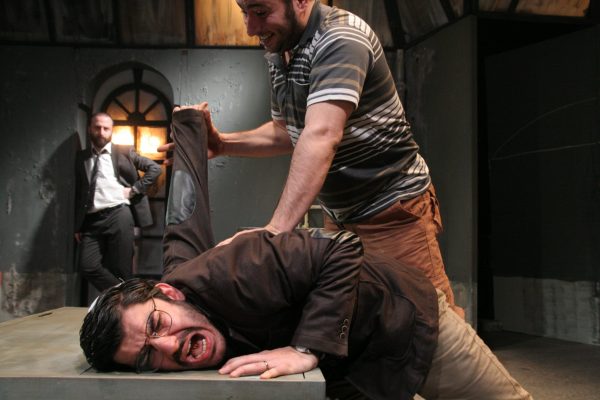 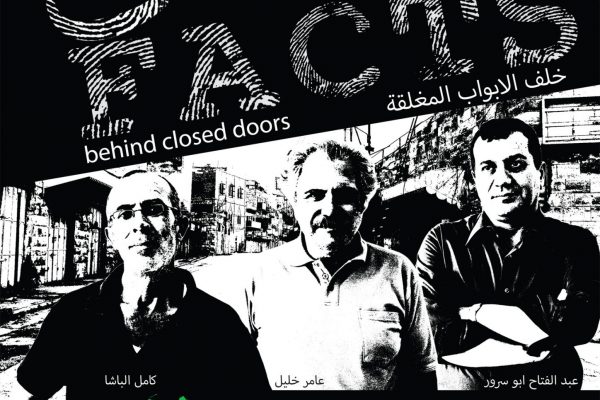