A dramatic comedy about love and branding.

Caroline Larion is a middle-aged creative director at ‘Zenspiration’, secretly involved with her hot young assistant Brad and struggling with a lack of meaning in her life. She’s been hired by Clearwater Credit Union to create a queer-positive ad campaign that will both appeal to gay clients and celebrate the institution’s value of social equality.

Things get very interesting and passions ignite in all directions when subjects for the advertisement turn out to be Caroline’s ex-fiancee Jack and his new young male partner, Carson, a devout Catholic.

In this piercingly funny exploration of love, loneliness, and the fear of flying, the unlikely trio must confront their beliefs and motives in the full glare of the media spotlight. Poster Boys is a rollicking romantic-comedy-satire that resonates with authenticity.

Michele Riml's Poster Boys is a terrific new play, a bright comedy with some surprising edges.

Absurdity and compassion sit side by side in Michele Riml's enormously smart and funny new play. 'Poster Boys' will be a huge hit, and it deserves to be...'Poster Boys' is tremendously satisfying.

'Poster Boys' is an eyeful...It looks fabulous. It has moments of real comic inspiration and charm.

That's what 'Poster Boys', both the script and the Theatre Network's production, captures best: the shared moments of candid intimacy... It's smartly directed, nicely paced and well-acted, and balances its comedy with the more fractured emotional territory. 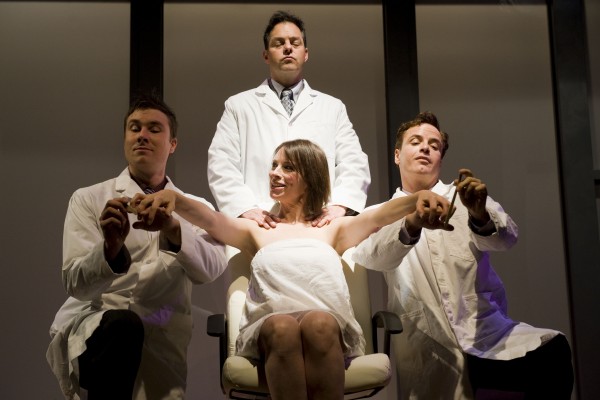 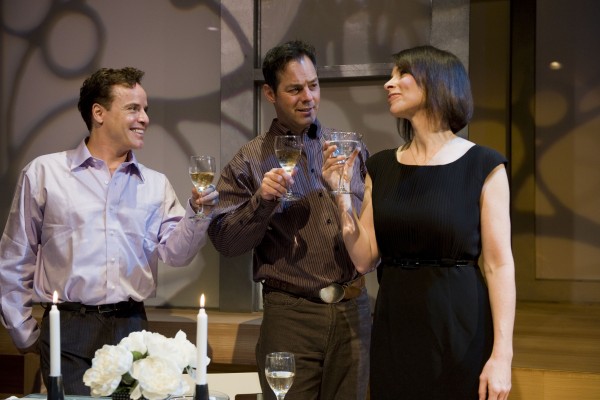 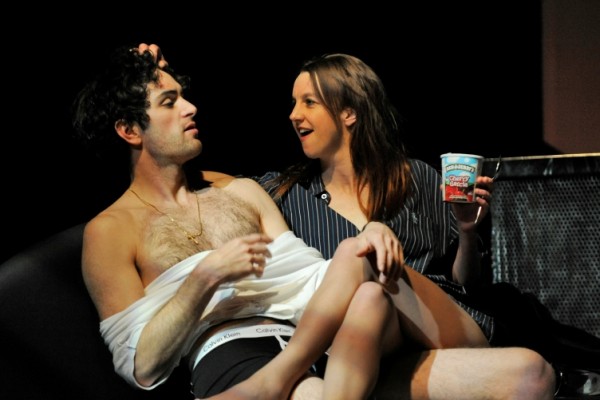 In early 2008, the highly anticipated premiere was widely celebrated by both audiences and critics alike, receiving rave reviews from both Vancouver and national papers, and the production was awarded numerous Jessie nominations (the Vancouver Theatre Awards).

Poster Boys was later produced in Edmonton by Theatre Network in the fall of 2009 and received its US premiere in the summer of 2011 with a San Diego production co-produced by Diversionary Theatre and MOXIE Theatre. 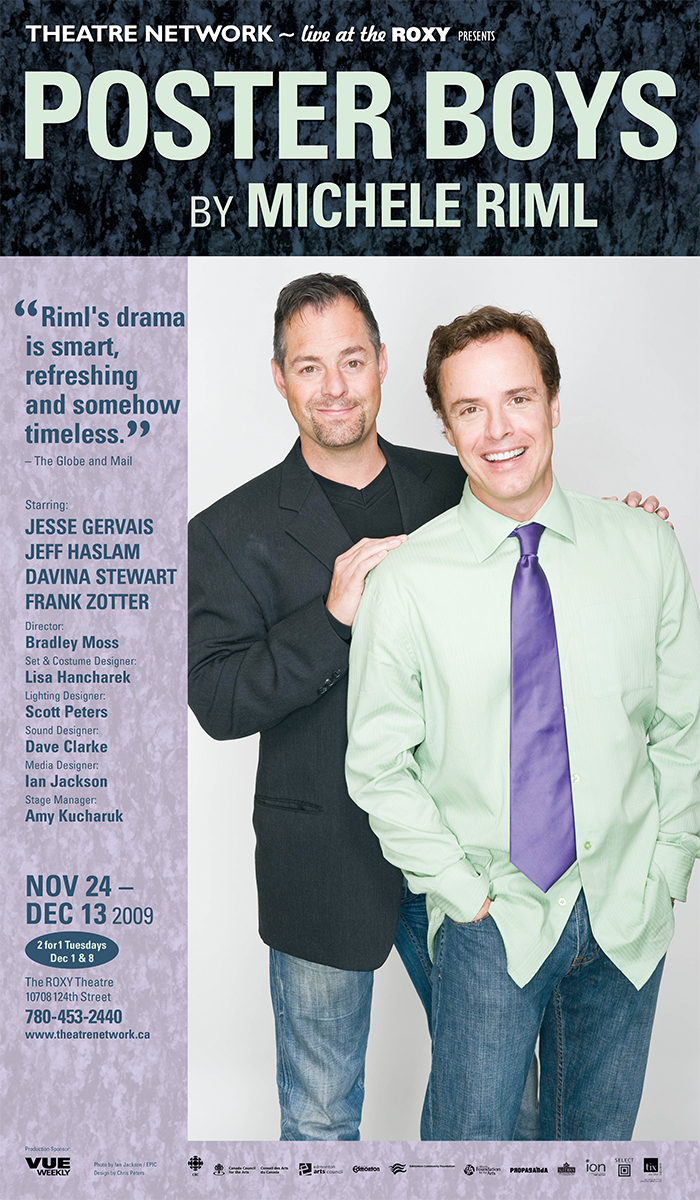