A group of almost-over-the-hill urban Egyptian hipsters gathers every night on a Cairo houseboat where they smoke weed, gab on their cell phones, and rag on everything they think is messing up and complicating their lives. Led by their master of ceremonies, a near catatonic petty bureaucrat named Anis, they get baked and try to forget that secularists like them are being shunted to the sidelines in the wave of alleged “fundamentalist” Islamic politics sweeping Egypt and much of the Arab world.

When Samara, a young Islamic journalist joins the group, however, Anis’ spell is broken. From the moment he sees this hijab-clad woman he starts to remember the ugly journey that brought him to his almost total detachment from the harsh realities of the outside world. He falls in love. Unfortunately for him however, this seemingly devout journalist also has a couple of secrets of her own.

Inspired by the novel Adrift on the Nile by Egyptian Nobel laureate Naguib Mahfouz, Adrift is set against the backdrop of the US war on Iraq and a region burdened by the gorgon-head legacies of colonialism, corruption and violent dictatorship. It is about a group of people at the epicentre of conflict between the West’s ever-accelerating and utterly ahistorical imperial culture of commoditization and capital, and its doppelgänger: the tide of religious fundamentalism that is growing ever more powerful in its wake.

While Adrift begins as a stoners’ drawing room comedy, it ends in random, chaotic tragedy—by the end of the play the Nile River houseboat has been consumed by the post-post-modern world’s segmented social and political chaos. It is a tragedy of the (not so) innocents caught between the Holy Wars of our twenty-first century.

…a minor miracle not merely of adaptation but of historical translation too. Adrift highlights the way we suffer the same losses over and over again, raining revenge on revenge. Our struggle, in essence, never changes. 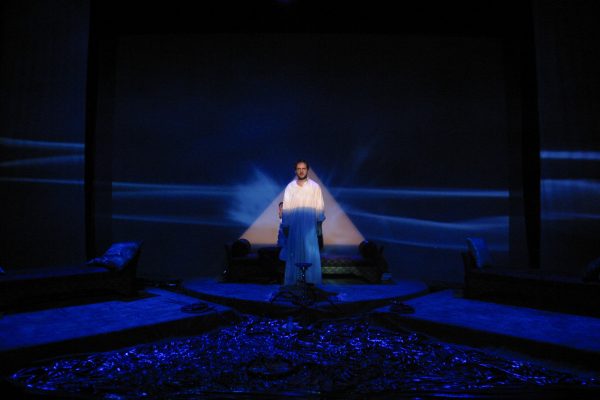 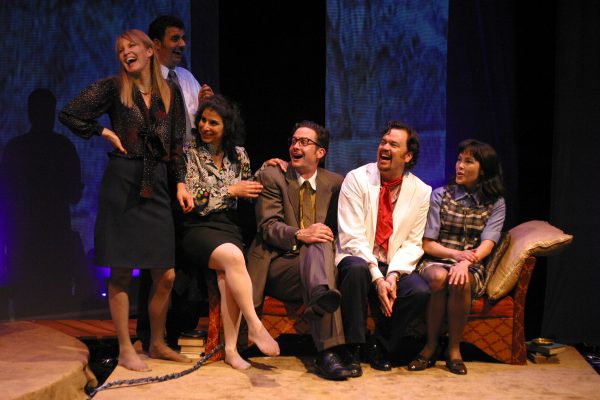 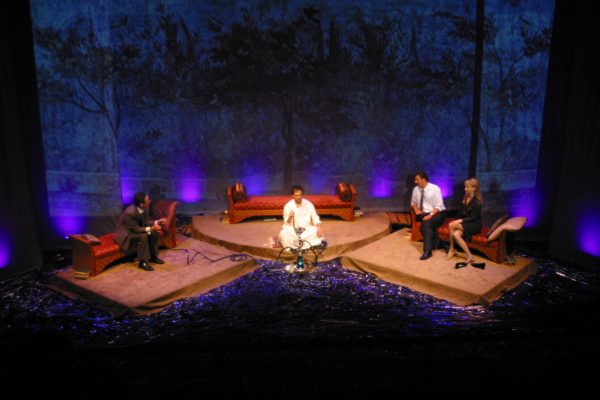 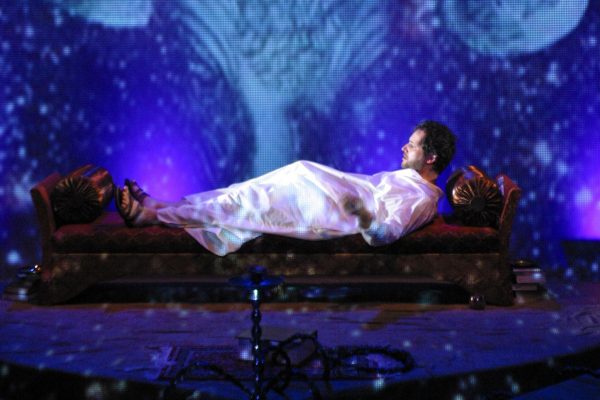 Co-commissioned by the Magnetic North Festival. Developed in partnership with the Playwrights Theatre Centre and dramaturge Martin Kinch.

Premiered in 2006 at the Magnetic North Theatre Festival / Neworld Theatre

Winner of the 2007 Alcan Performing Arts Award for Theatre. 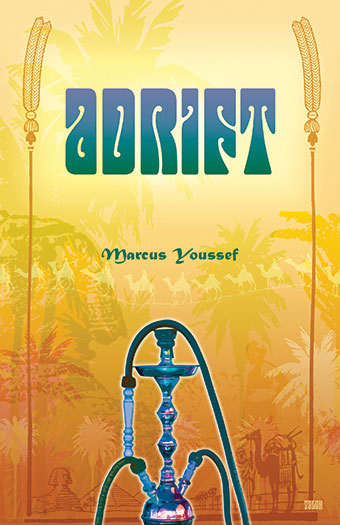