It is September, 1945. Gen. Tomoyuki Yamashita, the notorious “Tiger of Malaya,” is on trial for war crimes carried out under his command in the waning days of the Pacific War – Yamashita’s reputation leaves no room for doubt – he is a monster.

Assigned to lead his defence are two lawyers from the U.S. Army Legal Corps: a world-weary, Old School Southerner, and an idealistic Ivy League-educated Jew. They are joined by a Japanese-American translator, eager to prove her loyalty to the U.S.

As the defence team struggles to reconcile the evidence of the atrocities with a man they come to know and admire, Yamashita himself is haunted by a Filipino witness who challenges him to confront the truth of his personal culpability. What emerges is a complex and moving examination of the hypocrisies of war, the subjectivity of historical memory, and the vagaries of individual fate.

“Both an impressive debut and the best new play at Factory in some time.”

“A gripping tale of cultural clashes, racism and governmental responsibility.”

“Through Kanagawa’s revisionist lens we get a fascinating new angle on the horrors and complexities of war, and a deeper understanding of why “military justice” is a classic oxymoron.”

Gateway Theatre (Richmond BC) in 2005. Directed by Rachel Ditor. 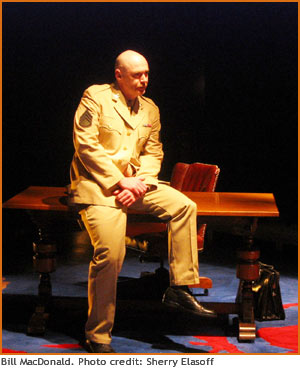 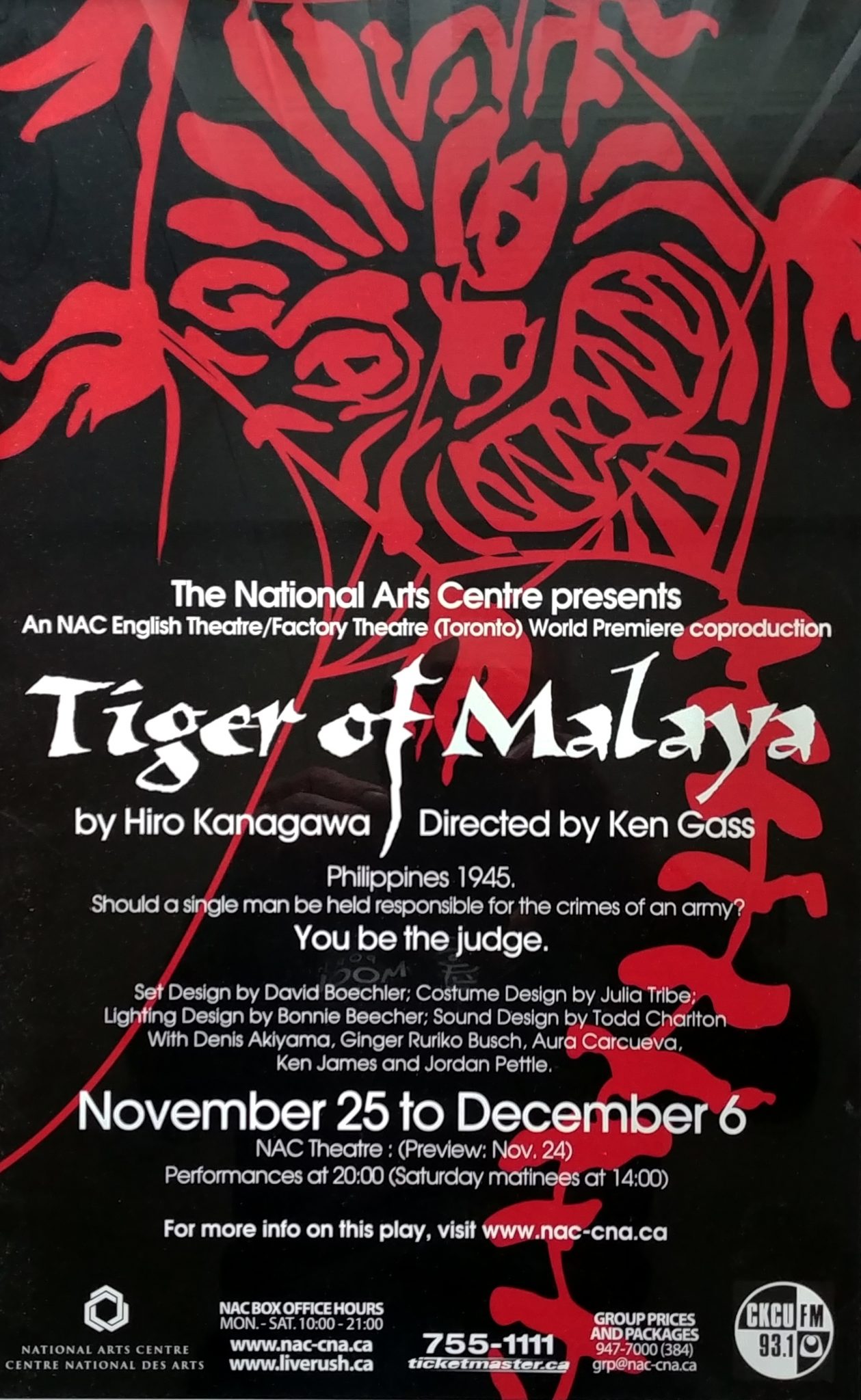