Weaving humour and searing honesty, author Ian Brown chronicled a life-changing journey that began when his son Walker was born with “an impossibly rare genetic mutation.” The book is subtitled ‘A Father’s Search for his Disabled Son.’ The quiet power of theatre can be transformative when a journey chronicled between the covers of a book is stretched and pulled in new directions on stage.

Voices are amplified: the stage version of The Boy in the Moon weaves in conversations Emil had with Walker’s mother, Johanna Schneller, and his sister, Hayley. Reflections that Ian shared beyond the world of the book —an interview in Australia, an online documentary — have also been stitched into the script.  This acclaimed adaptation is fuelled by the same questions that power Ian’s prize-winning book, layered, tangled questions about Walker and our relationships with the Walkers of the world.

“In Sher’s adaptation and Chris Abraham’s production, the story moves back and forth expertly from the very precise details of Brown-Schneller’s lives to some big philosophical quandaries.”

“This story gets right at the heart of why and how we connect to others, the investment we put into those we love that gives them meaning to us. I found The Boy in the Moon deeply moving and can’t recommend it highly enough.”

“A heart-aching invitation into the home of four unimaginably courageous humans…There are no heroes or villains. There are only humans — imperfect, with an immense capacity for love.”

“What is so brave about the play is how it prevents any sentimentalization of its subject. Brown, Schneller and Hayley are all flawed and admit their flaws just as they criticize others who try to allegorize or intellectualize the reality of what Walker is. He is what he is. Sher’s play should resonate with anyone who has had to cope with any event or condition that has defied what is ‘normal’”.

“Sher’s play – which both pares down Brown’s book and expands on it – is a tragedy about the limits of inclusivity, a story of a family struggling to figure out how to care for and live with and love a severely disabled son and hitting walls of understanding and endurance…Questions, like the articulate uncertainty in Brown’s writing, resonate, linger and haunt.”

“Unbearably moving…Imaginatively presented on a bare open stage, it draws us into a world…All parents must look at their babies and wonder what they might be thinking; The Boy in the Moon presents this question going on for a lifetime.”

“A window into a singular and heartbreaking world parents learning to cope with a child who is disabled…A tribute to the reconciliations that we all make in the name of love.”

“The book was lovingly, respectfully adapted into play form by Emil Sher …There is so much to ponder in The Boy in the Moon. One listens, ponders and tries to understand because ‘There but for the grace of God go I.’”

“Masterfully adapted for the stage by Emil Sher…Sher has been able to take parts of the harrowing story which is heartbreaking on the page and fashioned a play that captures the tragic life of Walker and his effect on Brown, Schneller and his older sister Hayley. Amid the excruciating difficulties of living with and caring for Walker, we see the love, the unbelievable love that Brown and Schneller have for him. A deeply moving night at the theatre. ” 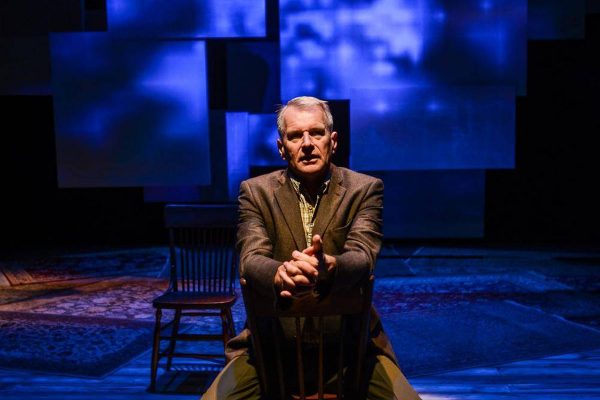 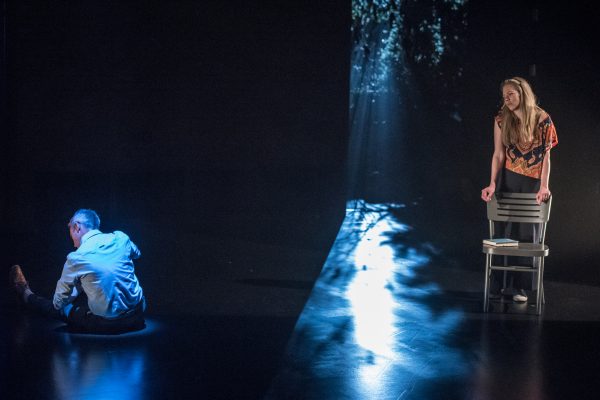 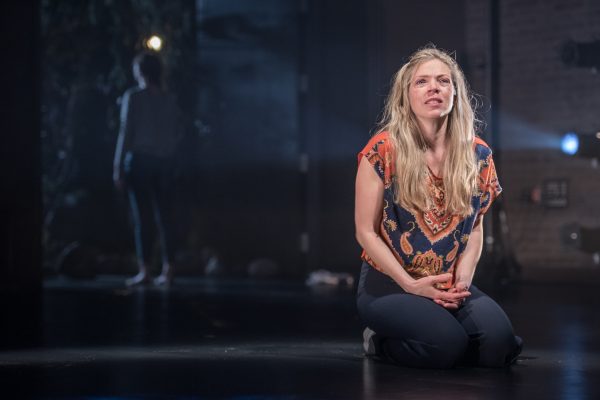 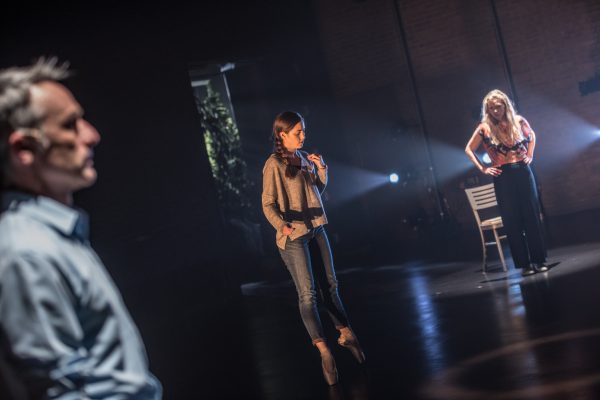 Emil’s adaptation of The Boy in the Moon was co-commissioned by the Great Canadian Theatre Company and the Belfry Theatre.

The play premiered at the Great Canadian Theatre Company, in a production directed by Eric Coates, in September 2014.

The Boy in the Moon was chosen as the 2017 season finale for Toronto’s Crow’s Theatre inaugural season at the Crow’s Nest, the theatre’s own venue.

Neworld Theatre will stage a production of The Boy in the Moon in April 2020, and then tour the show to Western Canada Theatre. 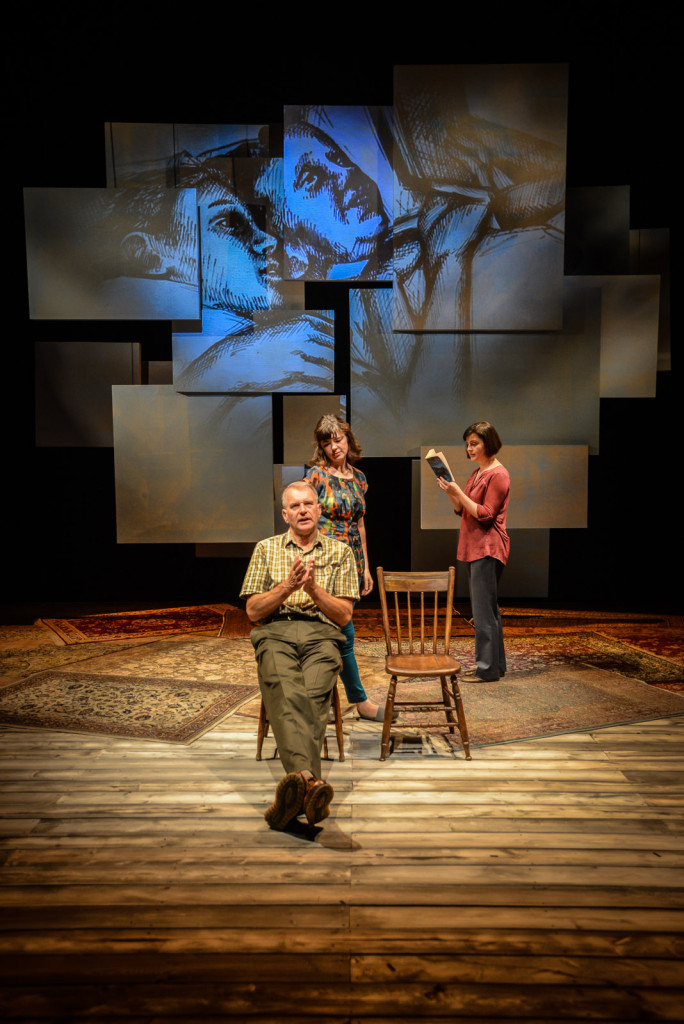 The Boy in the Moon at Great Canadian Theatre Company, Ottawa

“An untraditional play that is also a public dialogue about the hidden, shame-filled but strangely exhilarating experience of raising not just a disabled child, but any child. I cried when our stage son finally moved to a group home, leaving our house a cave of stillness; I gasped when the Johanna character says, “I hope he dies before I do… I want to see the end of his story,” a longing I didn’t know my wife harboured; I laughed even at my own jokes. I was a wreck by the end – of the play, I mean, not at the end of raising Walker, though the two are not dissimilar.”
‘What it’s like to watch your intimate memoirs unfold onstage’


The Globe and MailIan Brown

“Sher’s adaptation is poignant and unbelievably moving… This play is deeply touching even if you don’t have a child with special challenges… No matter your situation, this short, 85-minute emotional powerhouse can’t be missed.”

“The story is moving, the dialogue is amazingly frank and honest. The question of abortion is raised at the moment of birth while the most difficult moments of their early life with the son who has ‘deprived us of our privacy’ and has exhausted them emotionally and physically, are portrayed with great precision and courage. The result is an extremely intimate portrait of a couple confronting a whole life of struggle with a child they love but whose needs devour their existence.”

“This play explores what it means to be human and what it takes to love someone unconditionally… What is most interesting about this play is how vividly we get a sense of Walker despite his character never being on stage… The Boy in the Moon does an excellent job of taking the audience somewhere deep and meaningful in exploring questions of humanity, compassion, understanding, and love with the straightforward but also complex story of parents of a very special child. The Boy in the Moon can change your way of looking at the world as Walker surely did for those around him.”

“The story of life with Walker is profound. It asks what it means to be human, how identity is constructed, whether our accepted benchmarks of happiness and completion (how can Walker, so badly damaged, be either happy or complete?) are the right benchmarks. Created with humanity and humour, the play will also touch a chord with any parent… Sher does make Walker a presence, showing us through the others his sense of humour, his frequent distress, his intermittent interest in the world around him. More importantly, he’s a presence because having him as a son forces his parents, especially Brown, to rethink how they see the world. The ability to live more in the present, to be more generous, to better blend intellect and emotion: all these are inadvertent gifts from Walker. ‘He makes me stretch for him,’ says Brown. ‘Where would I have gone without him?'”

“This is very powerful and emotional subject matter. The Boy in the Moon raises many difficult questions. What is happiness? What is humanity? Most of all, his father’s question, ‘What is the value of a life like Walker’s?'”

“In some performances, the characters never appear onstage are just as important as the ones that do… Walker is largely an unseen presence in the stage version, only appearing in sketches projected on the back wall of the stage. In a sequence that repeats several times throughout the play both parents ask each other the questions they wish their son could answer. ‘How do you think without words?’ they wonder. ‘Do you like your life?’ These questions of consciousness and identity are at the heart of the production.”

“Emil Sher brings Brown’s book to the stage in a masterful way. His dialogue is wonderful, the plot incredibly moving and the difficult subject matter is presented in a dignified manner without a hint of self-pity.”

“A well-balanced narrative renders fluid the boundaries between verbatim theatre and the pained memories of the characters within it… The audience is welcomed into the play’s universe, which is at once reality and the subconscious, storytelling and recollection.”