Music and lyrics by Britta and Anika Johnson

A fresh new adaptation of Mordecai Richler’s beloved classic. Jacob, the youngest in his family, has to repeat everything twice in order to get older people’s attention. Sent to the store to get tomatoes, Jacob upsets the owner and a policeman and is charged with insulting behaviour to a big person. Sentenced to hard time on Slimer’s Island, he’s promised help by Child Power’s Shapiro and O’Toole and goes on to save himself and the other kids on the island. In the process, Jacob discovers the truth about its nasty head, the Hooded Fang. Filled with hilarious and poignant new music infused with modern dance-pop, 80’s hair metal, and classic soul.

Themes: Standing up to Bullies | Friendship and Collaboration | Autonomy

If anyone doubted that the Johnson sisters (Anika and Britta, composers and lyricists) had range, here’s all the proof you need: Brantwood won over audiences with their explorations of teen trials and angst, but Jacob Two-Two is all colour and light, especially their Power Ranger-ish motif for Child Power. Their all-new score is rock-solid: a warm musical without any sappy songs.

Jacob Two-Two Meets The Hooded Fang is just too-too good…The range of melodies is impressive, from the samba rhythms of blubbering lawyer Louie Loser and Jacob’s Les Mis-like anthem inspiring the other child prisoners, to a jazzy court song led by the intentionally oversized Judge Rough and a tango by the Fang’s seconds-in-command, Mistress Fowl and Master Fish. 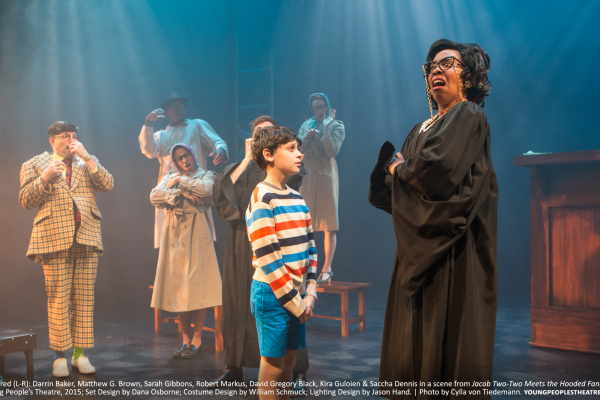 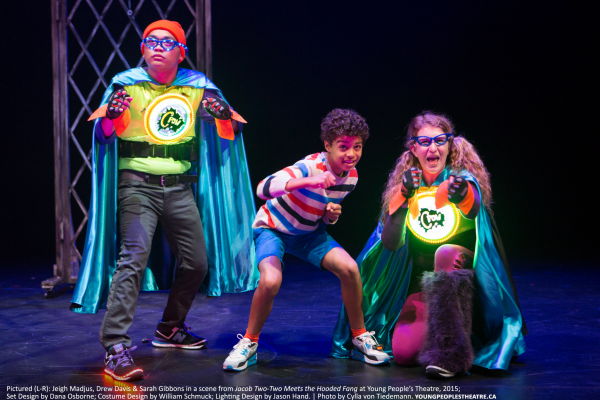 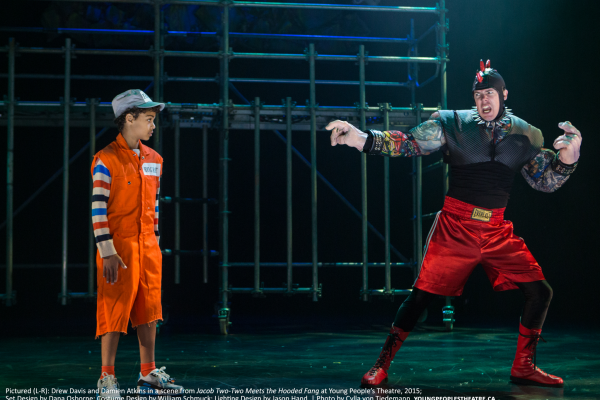 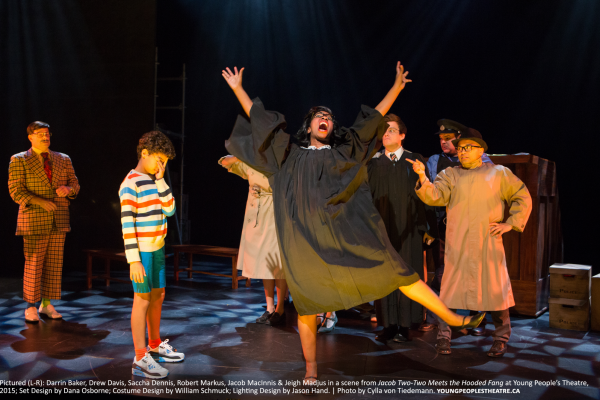 Nominated for Best New Musical at the 2016 Dora Awards 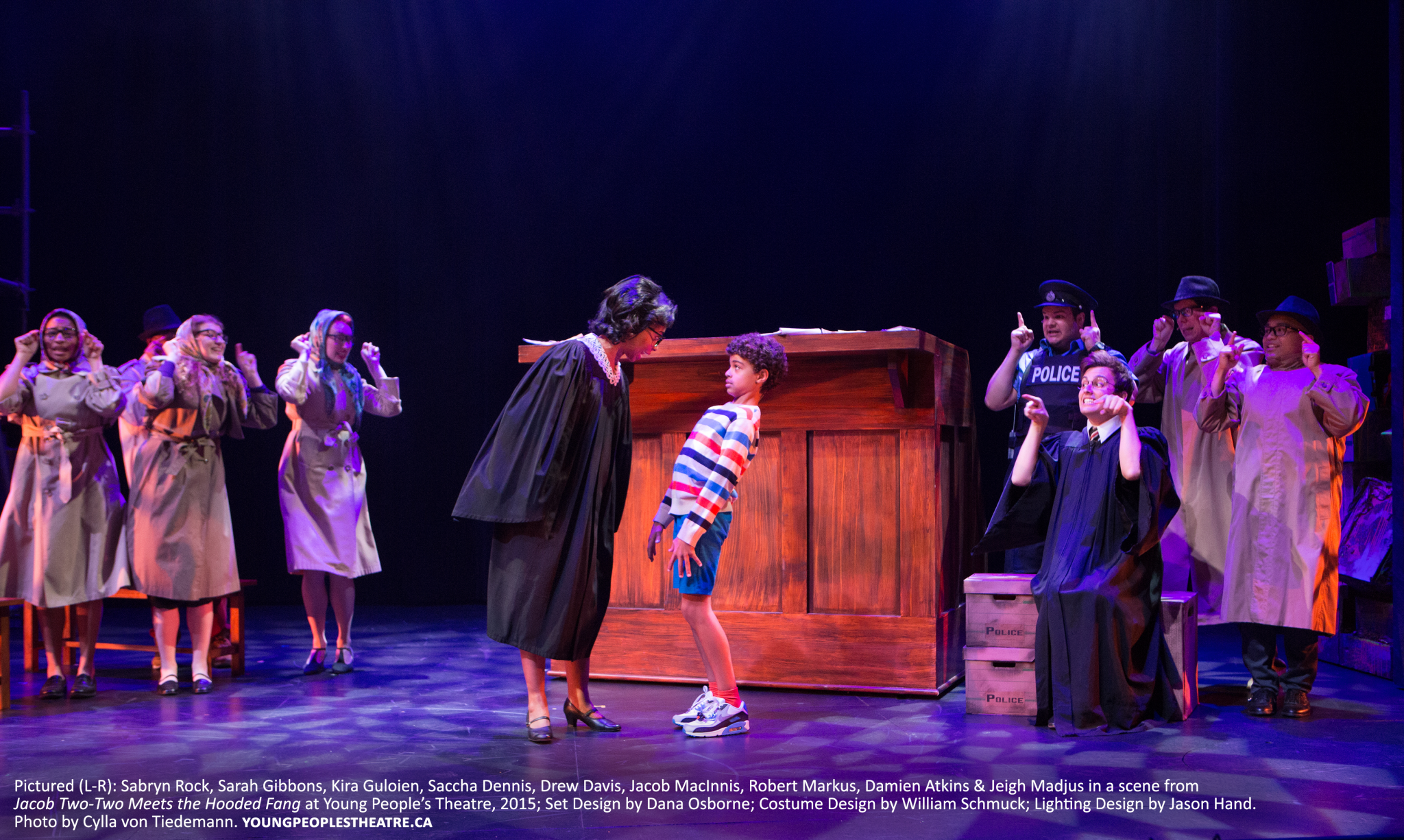