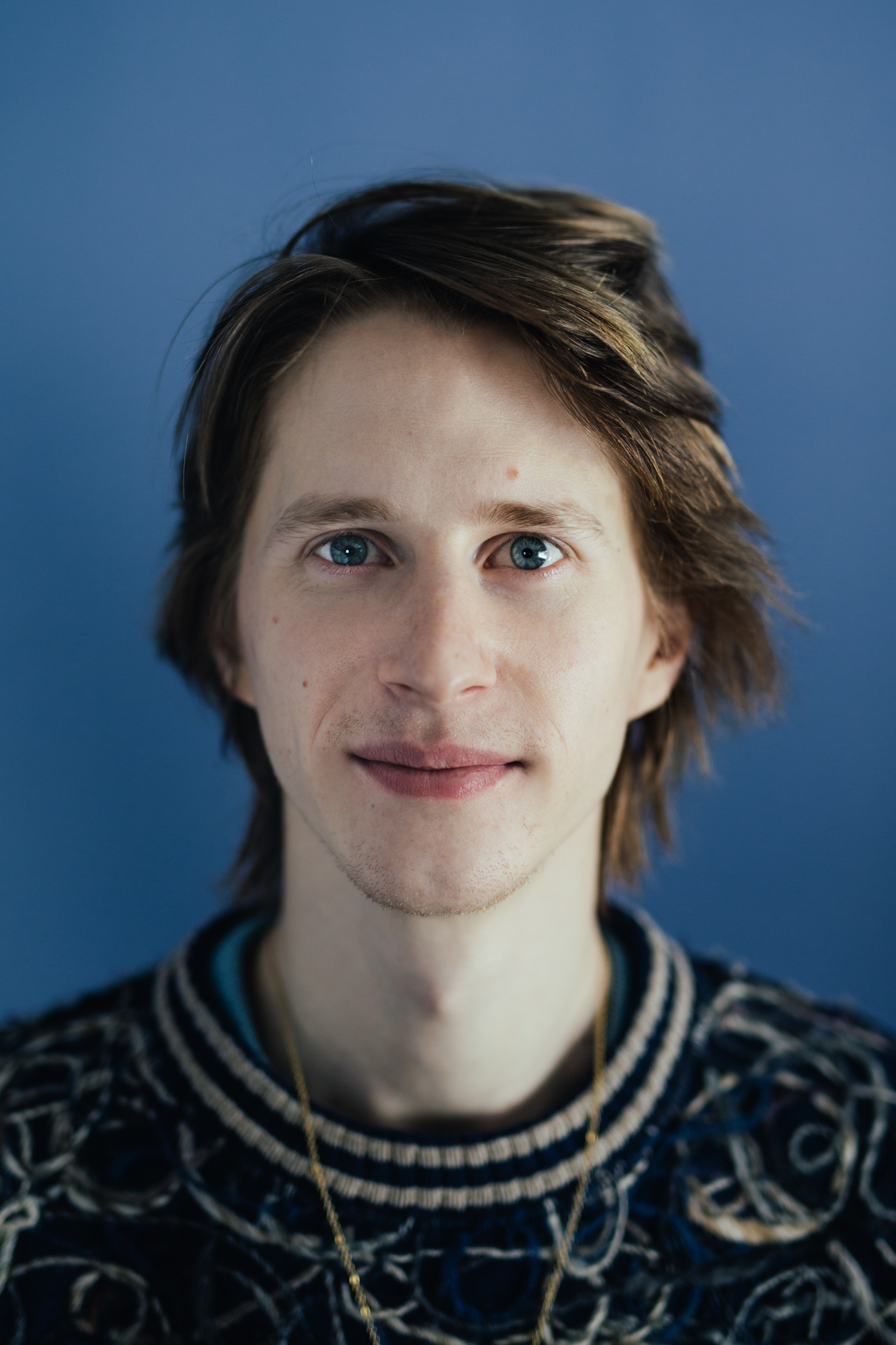 Geoffrey is a Calgary based theatre artist. In 2010 he helped found the Major Matt Mason Collective, a theatre company dedicated to creating intimate, visceral, experimental theatre about and for Calgary’s younger generation. During his time with the collective he has worked as a writer, director, actor, and producer. He has also served as the director of MMMC’s Wildfire National Playwriting Competition since 2015.

Geoffrey was the creator-in-residence at Theatre Junction GRAND from 2016-2018, leading their mentorship program and creating the play If I Could Tell You Everything with an ensemble of Calgary teenagers. As a playwright, his work has been produced in Calgary, Edmonton, Winnipeg, Toronto, and Montreal. His plays include Destroy, Air, Control, Still Still Still, Night, Michael Mysterious, & The Circle – which was published by Scirocco Drama this past fall. He also adapted the new version of A Christmas Carol for Theatre Calgary, which premiered winter 2019.

As an actor he has worked on many of the major stages in Calgary as well as some living rooms and basements. He is the winner of two Betty Mitchell Awards, Theatre Calgary’s Stephen Hair emerging actor award, and Tarragon’s RBC Emerging playwright award. He is a graduate of the National Theatre School of Canada’s playwriting program.

"Brown has a facility for digging beyond the tough guy personas into the fears and insecurities of his characters, a bunch of high school students with wildly varying prospects for the future — in other words, not so different from anyone’s kids."

"Brown’s a talented theatrical voice with an ability to find both poetry and lots of humour in his teenage characters’ lives."