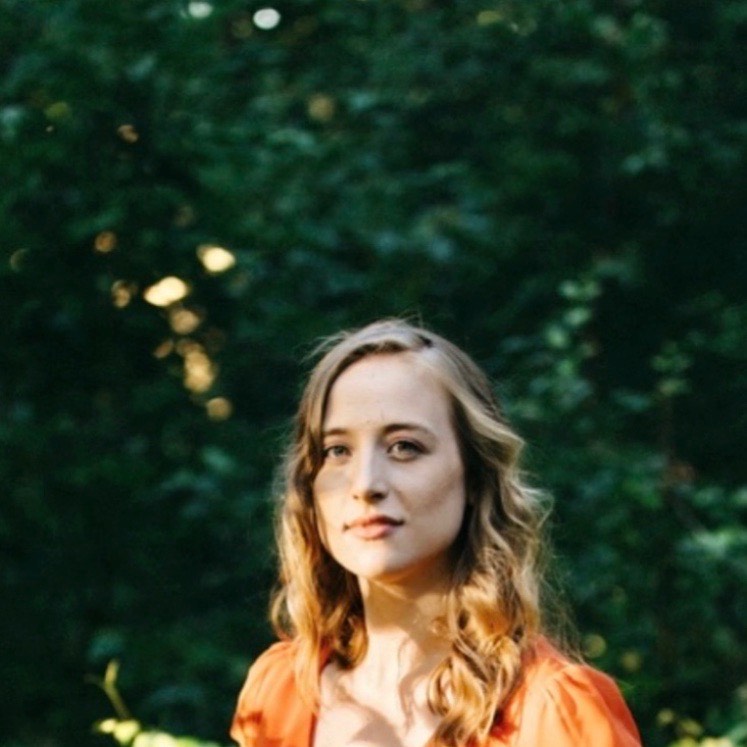 Ellie Moon is an actor, playwright and screenwriter.

Ellie’s playwrighting debut, Asking For It, premiered in 2017 as both Crow’s and Nightwood’s 2017-18 season opener. It was named one of both Intermission Magazine and NOW Magazine’s “Top 10 Theatre Productions of 2017” and called, “a questing work of art”, “a bracing pleasure…sly, intelligent” (The Globe & Mail) “riveting…essential viewing” (NOW), and “an incredible accomplishment…vital theatre” (Intermission). Asking For It received future productions including at Thousand Islands Playhouse, The Corbett Theatre and in Banff.

Ellie’s second play, What I Call Her, premiered at Crow’s Theatre the following year, in their 2018-19 season. It was called: “Enlightening in it’s agony…something between insufferable and incredible…some serious art…a showcase of noteworthy skill…remarkable…astonishingly real…simple and achingly lovely…the real marvel here might be how good Moon is at getting under our skin. Her writing demands a kind of interpolation” (The Globe & Mail).

Ellie’s third play, This Was the World, premiered at Tarragon Theatre in their 2019-20 season. It was called: “sly and often screwy…Moon pulls the rug out from whatever you think the argument is on a regular basis….unforgettable” (The Globe & Mail), “tenacious…electrifying…boldly probes expansive issues” (OnStage Blog) and “Imagining a narrative where lives are simultaneously torn apart and held together by complex intersecting storylines is no small task. Ellie Moon does this in her play This Was the World with the structural and creative finesse of a truly remarkable playwright.” (Bateman Reviews).

Ellie’s first two plays are published in a single collection with Talonbooks (Asking For It: and What I Call Her, 2020). Ellie founded the charitable Secret Shakespeare Series, which operated from 2016-2018, included dozens of Canadian artists and raised thousands for Canadian charities.

Praise for What I Call Her:

"You might call the play something between insufferable and incredible...the way this intensity manipulates our understanding of the material, not to mention how it plays upon our sympathies, is the mark of some serious art."

"The real marvel here might be how good Moon is at getting under our skin. Her writing demands a kind of interpolation, i.e., a projection of one’s self into the conflict."

The Globe and MailMartha Schabas

Praise for Asking For It:
"NNNN...timely, personal and riveting...this play is essential viewing"

Praise for Asking For It:
"a sly intelligent piece of documentary theatre borne of Ghomeshi gate"