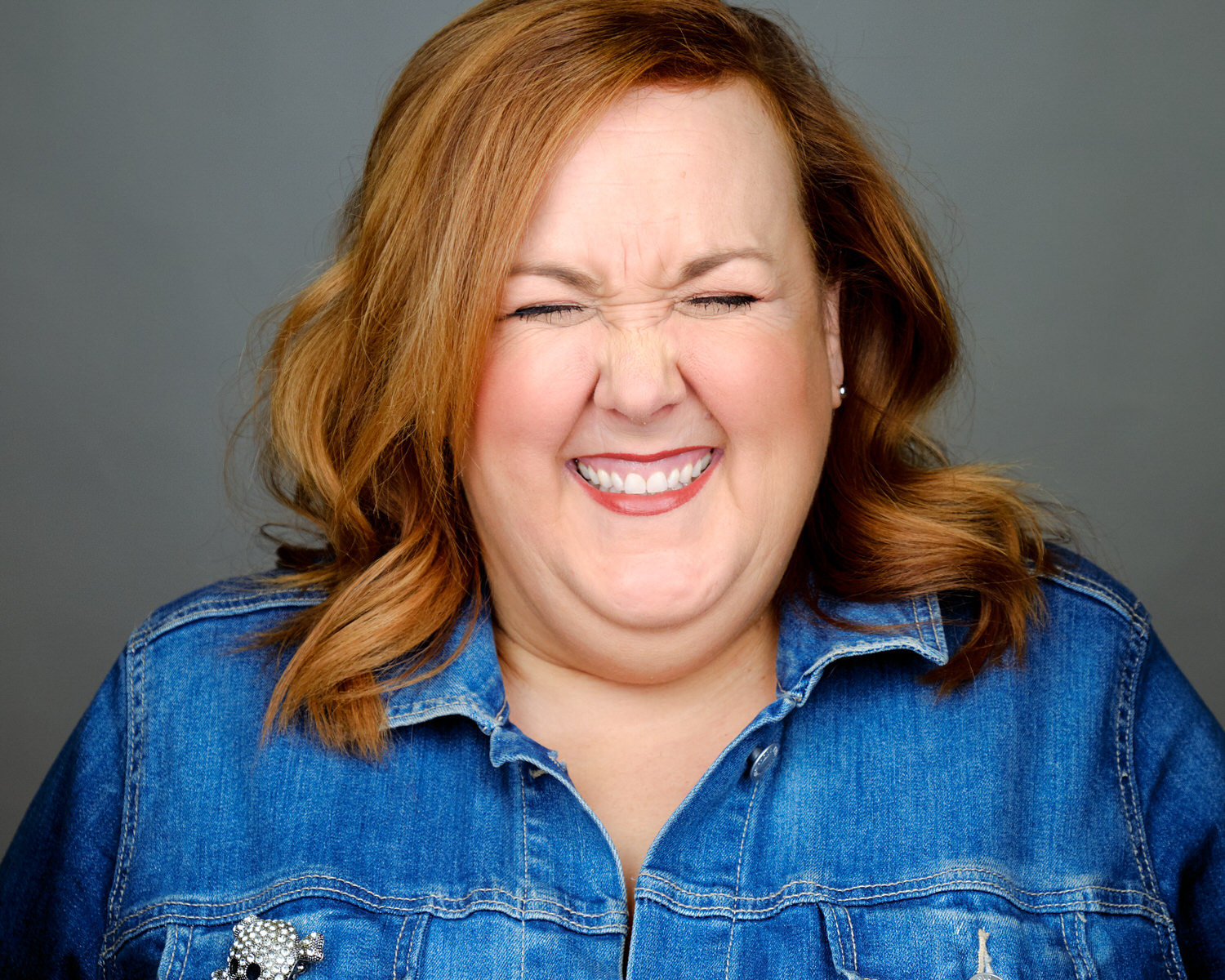 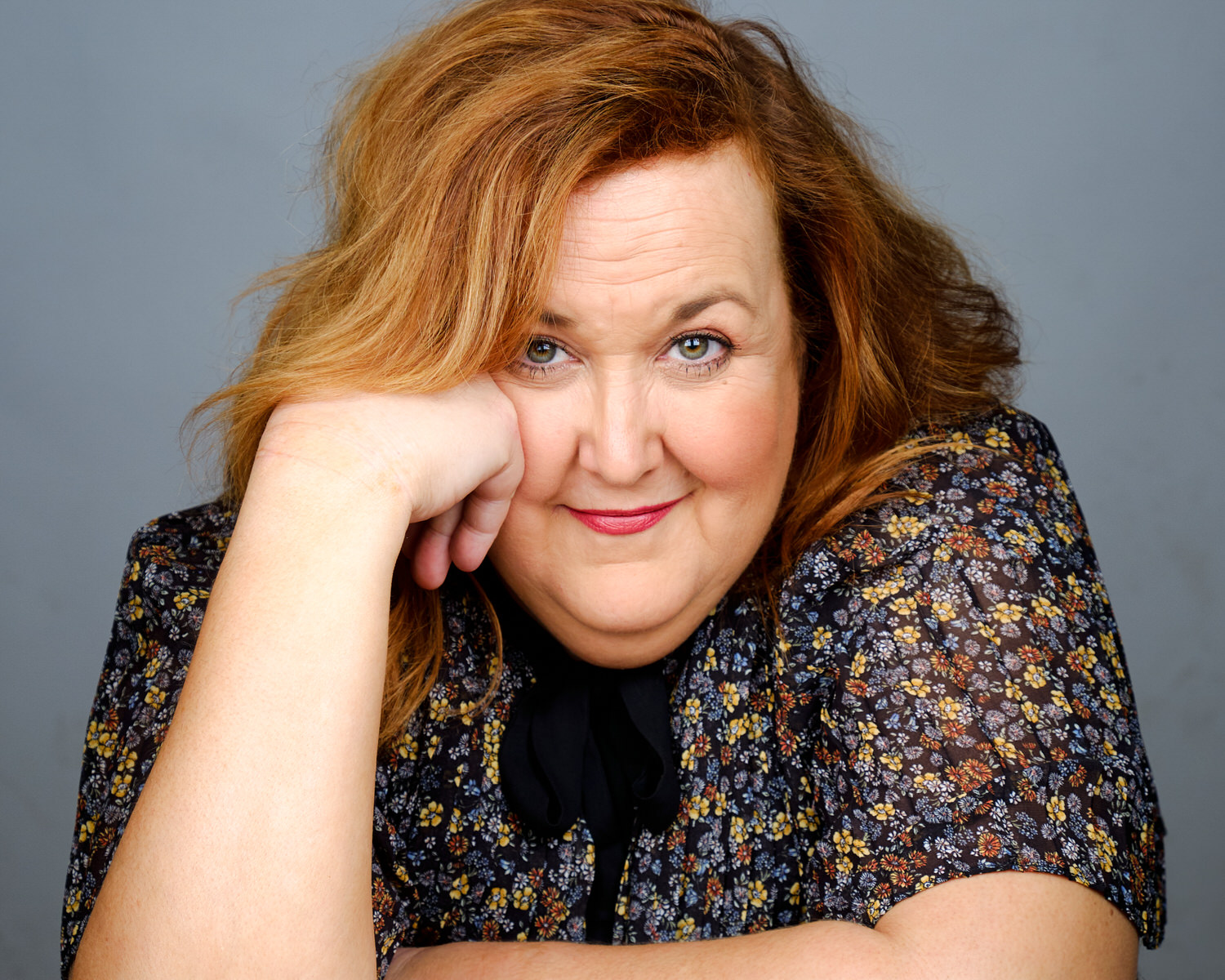 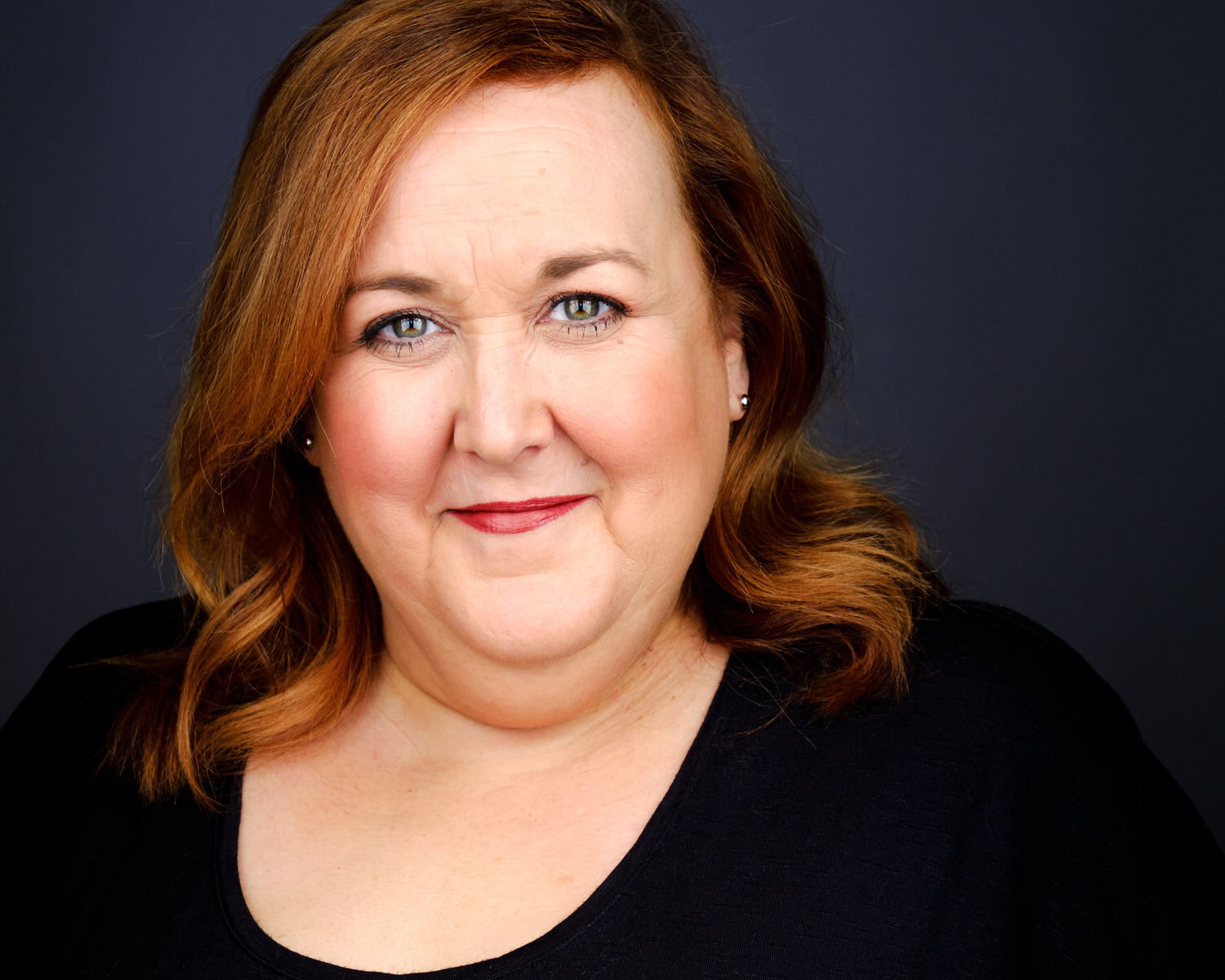 Sharron is one of the stars of CBC’s hit period crime drama, Frankie Drake Mysteries, which just wrapped up its fourth and final season, still airing all around the world.

In both 2021 and 2019, she was nominated for the Canadian Screen Award, BEST SUPPORTING ACTRESS IN A DRAMA, for playing the role of FLO CHAKOWITZ on Frankie.

Also a diverse writer, Sharron has been nominated for both Dora and Betty Mitchell Awards for her stage work, in 2020 had three TV scripts go to camera. Her essays, interviews, and articles have been featured in magazines and newspapers around the world, and Sharron has just completed her first book.

The last season of Frankie Drake Mysteries, Sharron co-wrote the episode, “LIFE IS A CABARET”.

Also known for her portrayal of “Joan The Secretary” in Tina Fey’s iconic Mean Girls, Sharron Matthews is an excitingly diverse, award-winning Canadian artist, actress, singer, comedienne, writer, and producer. Sharron has worked on stage and screen with artists like John Travolta, Andrea Martin, and Ron Howard as well as toured her award-winning one woman shows around the world from Africa to New York, Scotland, and beyond.

Sharron was also featured in the films Cinderella Man, Take the Lead, The Music Man movie for Disney and Hairspray: The Movie. Sharron can also be seen on NBC’s Taken, played Daphne for two seasons on She’s The Mayor, Chef Sylvia on the multi-Emmy Award winning children’s TV show, Odd Squad, was part of the international award winning ensemble of Tokens, and can also be seen on Murdoch Mysteries, Hudson and Rex, The Newsroom, and Kojak. Sharron co-wrote, hosted, and consulted on SLICE TV’s MEME gURL.

Sharron’s solo cabaret work has taken her across Canada numerous times (where she was named BEST CABARET PERFORMER by NOW Magazine and Broadway World) and around the world, selling out at the prestigious Edinburgh Fringe for three years in a row (where, out of 3,000 productions, her show was awarded BEST OF THE FEST).

Sharron has toured on a double bill with Canadian comedy icon, Mary Walsh, collaborated with Gavin Crawford of CBC’s Because News on a sell out World Pride show, premiered at Just For Laughs in Montreal, and one week later packed Toronto’s High Park Amphitheatre for one night only with her acclaimed, award-winning show, Girl Crush, for which Broadway World awarded her BEST CABARET PERFORMANCE.

She has toured North America in Les Misérables and Harold Prince’s Showboat, recorded her own album, Party Girl, can be heard on the Showboat cast album, The Music Man (for Disney) soundtrack, and sang backup on Jann Arden’s award-winning Christmas album.

Sharron is a proud member of ACTRA, Canadian Actor’s Equity, the Writer’s Guild of Canada, and the Academy of Canadian Cinema and Television.

"Matthews is known as the Canadian Goddess of Cabaret and has been named best cabaret performer by critics and magazines on both sides of the Atlantic."