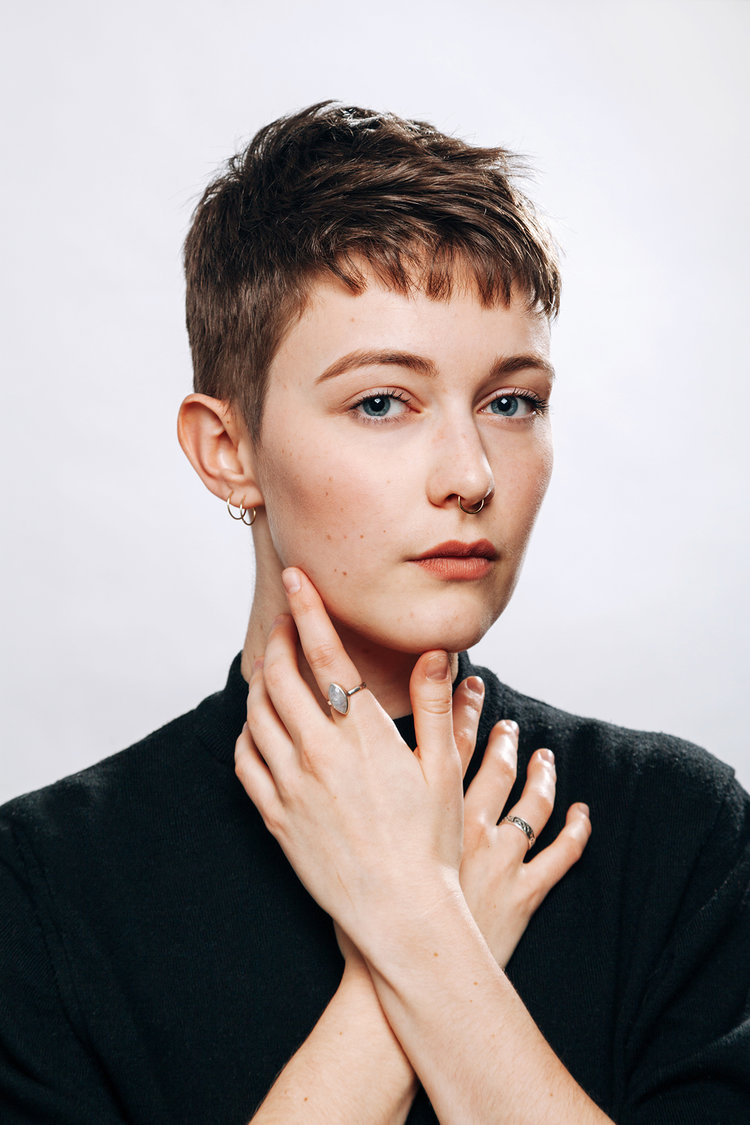 Rhiannon Collett is an award-winning non-binary playwright, performer, director and translator based in Montreal and Toronto. Their work explores the ritualization of grief, gender performativity, queer/trans identity and the psychological effects of sexual objectification.

Selected playwriting credits include Miranda & Dave Begin Again (2016 Playwrights Guild of Canada RBC Emerging Playwright Award, translated into French by Éric Noël, and presented in Montreal at the 2019 Festival du Jamais Lu); Wasp (commissioned by Nightswimming as a part of their 5×25 initiative, presented at the 2019 Rhubarb Festival, dir. Rhiannon Collett); The Kissing Game (commissioned by Youtheatre and Young People’s Theatre as part of the 2018 Leaps and Bounds program, developed as a part of the 2018 Banff Playwrights Lab, produced by Youtheatre as a part of their 50th anniversary season); Tragic Queens (commissioned and devised with CABAL Theatre, nominated for 7 Montreal English Theatre Awards, including Outstanding Emerging Artist : Playwriting, presented at the 2018 Wildside Festival); La Somnambule (an immersive, site-specific adaptation of Djuna Barnes’ Nightwood, commissioned and produced by CABAL Theatre, co-written with Joseph Shragge); The Revolutions (commissioned and produced by Spiderwebshow, a cross-country collaboration featuring artists broadcast live from Montreal, Toronto, Kingston and Vancouver); There are No Rats in Alberta (created as a part of the 2017-18 Buddies in Bad Times Emerging Creators Unit, presented at the 2018 Rhubarb Festival), and the English language translation of Chienne(s) by Marie-Eve Milot and Marie-Claude St-Laurent (in development with BoucheWHACKED! Theatre Collective). Their theatre criticism has been featured in The Globe and Mail, Now Magazine, Intermission Magazine and HowlRound.

Rhiannon is a settler on the traditional territories of the Mississaugas of the Credit First Nation, the Anishnabeg, the Chippewa, the Haudenosaunee and the Wendat peoples, and also in Tiohtià:ke, on unceded Mohawk territory.

"Collett is constantly questioning the prescribed notions of normalcy—pushing both buttons and boundaries—while trying to figure out how we all interact in day-to-day life."