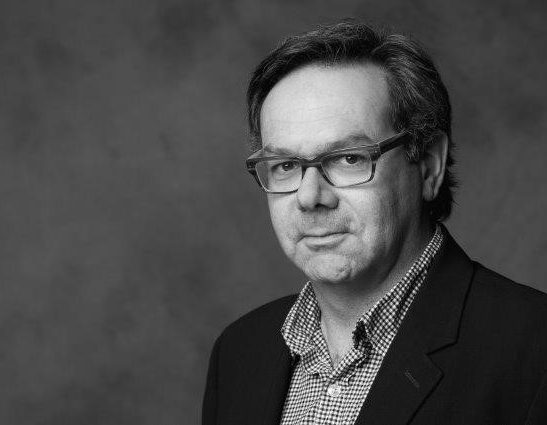 Michael Healey trained as an actor at Toronto’s Ryerson Theatre School in the mid -eighties. He began writing for the stage in the early nineties and his first play, a solo one-act called KICKED, was produced at the Fringe of Toronto Festival in 1996. He subsequently toured the play across Canada and internationally, winning the Dora Mavor Moore Award for best new play.

THE DRAWER BOY, his first full-length play, premiered in Toronto in 1999, winning the Dora Award for best new play, the Chalmers Canadian Playwriting Award and the Governor General’s Literary Award (Canada’s highest literary honour). It has been translated into German, French, Japanese and Hindi and continues to be produced regularly across North America and internationally.

Healey’s other works include THE ROAD TO HELL (co-authored with Kate Lynch), PLAN B, RUNE ARLIDGE, THE INNOCENT EYE TEST, THE NUTTALLS, ARE YOU OKAY and 1979. His informal trilogy focusing on Canadian values and politics, entitled GENEROUS, COURAGEOUS, and PROUD, met with great critical success and individually have had multiple productions. In all, his plays have won the Dora Mavor Moore Award for best new play five times.

He has also adapted works by Chekhov, Molnar, Hecht & MacArthur, Dürrenmatt and Shaw for Soulpepper, and the Stratford and Shaw festivals. He continues to find work as an actor occasionally.

For information about titles other than The Drawer Boy, please contact Pam Winter at www.ggagency.ca

(Praise for 'The Drawer Boy') "A landmark in Canadian theatre which raises a host of fascinating questions about the collision between art and reality."