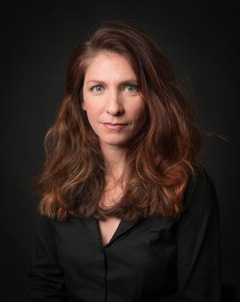 Diane Flacks is a writer/performer whose solo shows, Myth Me, By a Thread, Random Acts and Bear With Me (based on her book, published by McClelland & Stewart), have been critically acclaimed, published and toured North America. She has twice performed excerpts from Bear With Me at the CBC Winnipeg Comedy Fest. Most recently, Diane’s play Waiting Room premiered at Tarragon theatre, where she also wrote and performed in By a Thread, SIBS (with Richard Greenblatt), Care, Gravity Calling and Theory of Relatives.

Diane’s written for tv, including Working the Engels, Baroness Von Sketch Show, Young Drunk Punk, PR, The Broad Side, a MOW version of her play SIBS, and Kids in the Hall. Diane can be heard on your radio as CBC’s national parenting columnist and a contributor to DNTO and Tapestry. She’s written for The Star, the Globe and Today’s Parent magazines. She most recently played the lead in the independent film, Portrait of A Serial Monogamist, which is making the rounds of film fests, and the play Freda and Jem’s Best of the Week at Buddies. Upcoming, she is writing on the new CBC series Workin’ Moms, and appears in Body Politic at Buddies, and her newest play Unholy will be produced by Nightwood Theatre at Buddies next season. She is a proud mom of two awesome boys.

Flack’s power of observation and characterization are stunning.

Flacks, who has an unerring ear for quirky vocal mannerisms, is the sharpest character comedian to come out of Canada since Mike Myers and, at its best, her writing can be both hilarious and acerbic.