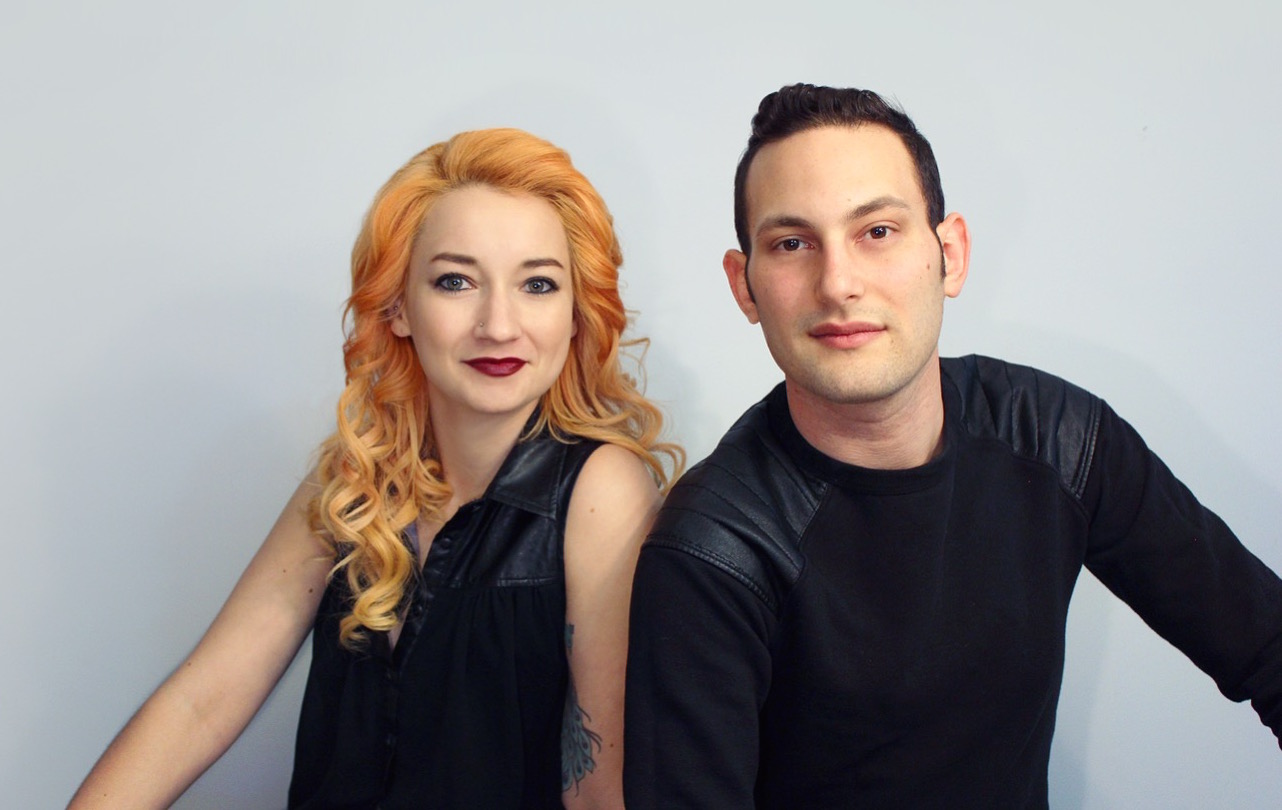 Colleen Dauncey (music) and Akiva Romer-Segal (lyrics) are a contemporary musical theatre songwriting team based in Toronto, Canada. Together they wrote the scores to Going Under, Scenes From The Bathhouse (Talk Is Free Theatre), and Toronto Fringe hit Bremen Rock City (with librettist Sara Farb), and contributed songs to Touch Me: Songs for a (dis)Connected Age (Forte Musical Theatre Guild, three Calgary Critics Awards including “Best Production of a Musical”). They also wrote the score to Prom Queen: The Musical, which premiered at The Segal Centre in Montreal and received the 2016 Stage West Pechet Family Musical Award by the Playwrights Guild Of Canada. Their show Rumspringa Break! (with librettist Matt Murray) was recently workshopped at Sheridan College’s Canadian Musical Theatre Project. Colleen & Akiva are currently Writers-in-Residence at Talk Is Free Theatre where they are developing Offline, a collective creation musical debuting in Spring 2017.
Colleen & Akiva’s songs have been performed internationally by cabaret performers, recording artists, and Broadway stars, including being featured twice in New York’s Cutting-Edge Composers series. They were selected as participants for the 2011 Johnny Mercer Songwriters Project in Chicago, the Canadian Musical Theatre Writers Collective, Acting Up Stage’s Noteworthy program for songwriters and librettists, and Theatre 20’s Composium initiative. They are grateful for the generous support from the Foundation Assisting Canadian Talent On Records (FACTOR), the Ontario Arts Council, and the Canada Council For the Arts.
For more, visit colleenandakiva.com

Plays by the Authors

The Fringe survived our July monsoons to come up with record attendance and fielded a surefire commercial hit for the future with the hippest kids’ musical ever, 'Bremen Rock City', the brainchild of Colleen Dauncey, Akiva Romer-Segal and Sara Farb.

The songs Dauncey and Romer-Segal have written are sophisticated and professionally polished. Dauncey’s music is a nice mixture of musical theatre and rock n’ roll with some powerful four-part harmony, while Romer-Segal’s lyrics have tight, clever rhymes at times reminiscent of the work of Stephen Sondheim.

I would gladly hand the keys to the musical comedy kingdom of the next generation over to these young people.