John Kordic is determined to get back into the Show. He will play in the NHL again. He will taste glory.  He’s got a suit, a meeting, and new purpose… but he’s also got a host of demons who have other plans for him…. Sudden Death, tells the story of the infamous Canadian enforcer John Kordic’s last night and his last fight.

Sudden Death has a companion piece,  Cindy: A Perfect Circle.   It takes place on the same night as Sudden Death and shares one scene, but otherwise follows John’s fiancee, Cindy. Cindy is hard at work at a Montreal strip club when an unexpected guest shows up….her wicked step-mother. Cindy: A Perfect Circle, tells the story of Cindy’s last dance.

NNNN - You won't find a more intense, riveting play than 'Sudden Death', Charlotte Corbeil-Coleman's surreal, highly theatrical take on the life - and demise - of NHL enforcer John Kordic... a story that'll fascinate you like that explosive accident you know is going to happen but can't help watching.

Playwright Charlotte Corbeil-Coleman has done a tremendous job of exploring this dark underbelly of Canada’s game. Sudden Death is more riveting than Game 7 of The Finals...I can’t think of anything I disliked about Sudden Death.

...if this is what the future of Canadian theatre looks like, count me in as a subscriber. Best count yourselves in, too. Corbeil-Coleman has cleverly constructed what she imagines to be the last night of Kordic's life into a three-period - plus overtime - game set in the Quebec City motel room where everything came undone.

Sudden Death presented at the NEXT STAGE festival in 2013 (Dir. Matthew MacKenzie). Originally written at National Theatre School as a part one of two companion plays for the graduating class. 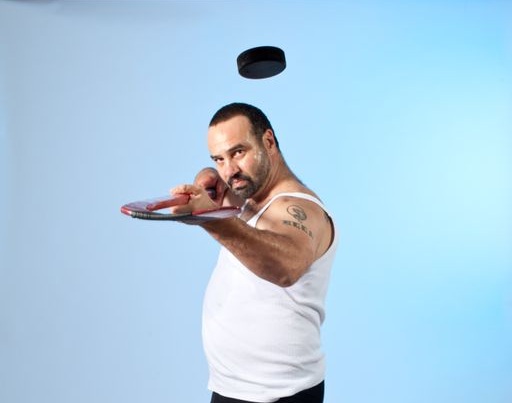 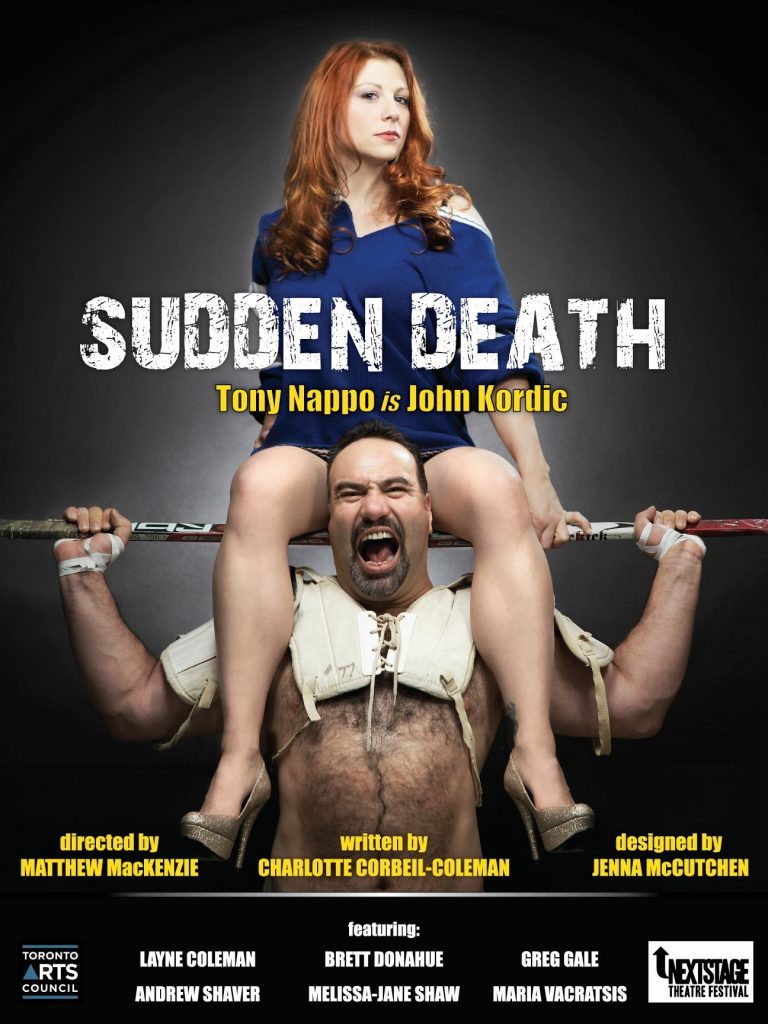