Sibs follows the lives of two siblings from babies to old age, as they fight and laugh and annoy each other.

“Sibs is an impressionistic exploration, fast and often very furious, of the complex relationship between brother and sister. Anchored in the painful, poignant aftermath of a parent’s death after the ceremonial Jewish Shivah, Sibs flashes back through the many stages of sibling history, from infancy through the rich mysteries of childhood to the even richer miseries of adolescence and the inevitable bewilderment of adulthood.  Through a maze of games and power plays, teen dances and bar mitzvahs, loved ones and spouses “SHE” and “HE” consider the paradox of kinship.” – Urjo Kareda

"The effect is seamless, well crafted and perfectly measured..."

"...a show that delivers its particular kind of theatrical shorthand at a joyful gallop...with a delicate conclusion, [leaving] you with the enjoyable impression of a small work that is tidy but true."

The Globe and MailToronto/National, Canada

"Sibs is full of humour, pathos and the kind of imaginative flourishes that can only happen in the theatre."

"Sibs is a journey throughout the myriad forms of family love..."

"...the piece should ring true to anyone who has ever weathered any kind of enduring relationship..."

"The physical choreography... is as immaculately timed and executed as the verbal... the show lasts 80 minutes, no intermission and I loved every second."

"Sibs works so well because it takes its subject seriously. For all the laughs it generates, the play conveys a sense of two lives held within a fragile mesh of mortality and longing."

"a riff on every sibling relationship"
"this show is tremendous and everybody thinks so"
"very funny all the way through"
"absolutely first-rate production"
"touching, charming, totally captivating and winning"

★★★★/5
"Wrenchingly funny... Sibs serves up hilarious proof that all happy families are alike."

"...the work from playwrights Diane Flacks and Richard Greenblatt holds up a funhouse mirror to the universal quirks of sibiling rivalry and revelry."

"The Richard Greenblatt-Diane Flacks comedic look at siblings taps into the wellspring of memories most people have about growing up with other kids in the house. There are few plays in which you will see more of your youth played out verbatim on stage..." 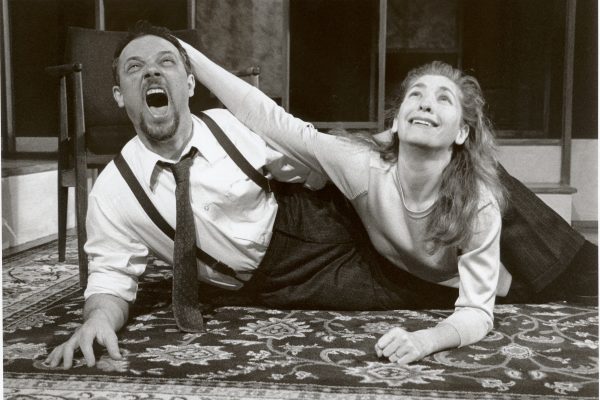 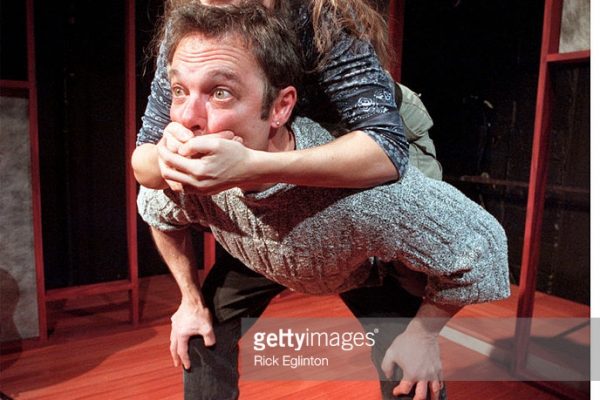 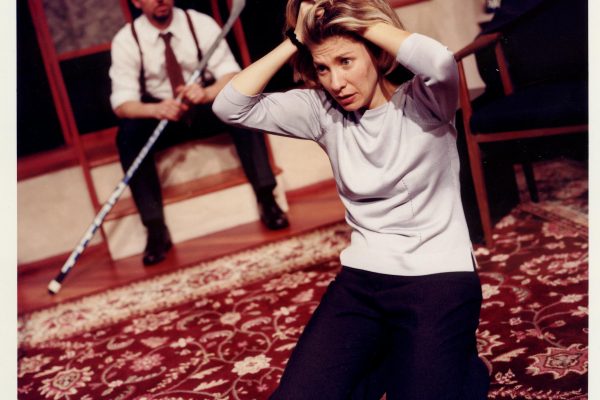 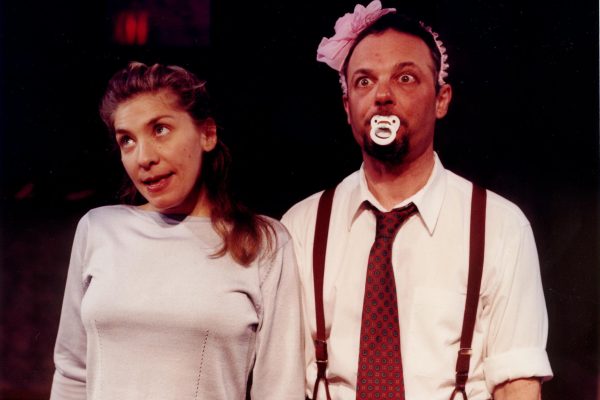 Sibs had its genesis in a 1993 Tarragon Theatre collective creation about Jewish identity called The Theory of Relatives. Richard Greenblatt (2 Pianos 4 Hands) and Diane Flacks (By a Thread) played brother and sister in one sketch and decided to expand the idea.  What evolved was an impressionistic exploration, fast and often very furious, of the complex relationship between brothers and sisters.

Alisa Palmer, then Artistic Director of Nightwood Theatre and director / playwright / performer of countless more productions was invited to direct the first workshop in 1998.  Rick Sacks composed and performed the original music.

The Tarragon Theatre in Toronto produced the world premiere of Sibs in April 2000 and the six-week run was sold out within the first week of production. It was later remounted by the Tarragon Theatre (at Buddies in Bad Times Theatre, Toronto) playing to over 5,000 theatre-goers in its three and a half week limited run where it played to 90% capacity and standing ovations every night.

The overwhelming response to the revival inspired a Winnipeg production and an Ontario tour, both of which received rave reviews.

In 2003, a film version of Sibs was produced by Sienna Productions featuring the original performers, Diane Flacks and Richard Greenblatt, as well as Natasha Greenblatt and William Greenblatt, and Eli Purdy-Flacks, then 5 months old.  It premiered on CBC Television later that year. 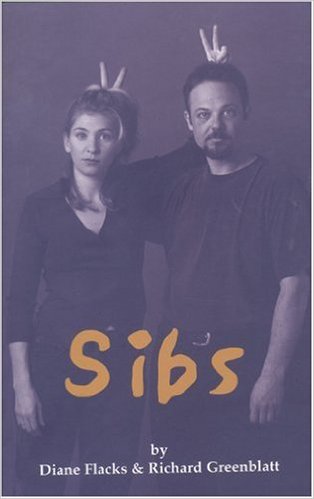