A smash hit on three continents, Mom’s the Word is an award-winning theatre piece written by six performer-moms who have endured the agonies and ecstasies of parenting.

A hysterically funny and deeply touching play, it deals in shocking detail with all the important elements of childrearing; the good, the bad, and the ugly. Humourous, emotional, ecstatic and hysterical, Mom’s the Word is a chorus line of confessional anecdotes and vignettes combined to create the mother of all comedies. Without the rose-coloured lens treatment, Mom’s the Word is a hilarious, intimate look at motherhood.

Touching, vivid tales of giving birth to a premature baby are balanced against comic, ribald stories of diaper soup and sex after children. All six moms have two children, suffer from sleep deprivation, and have some of the most outrageous stories you’ve ever heard – all of them true. It is group therapy like never before.

Mom’s The Word has had a full gestation period going back to conception in the spring of 1993. Six Vancouver women who had once been exciting, glamorous and professional actors were now exhausted, bedraggled amateur mothers with ten children under six between them. They decided to get together to write a show about motherhood. They met regularly on Saturday mornings with their children. They talked, they laughed, they whined, they complained and they laughed some more. Suddenly their first performance was just three weeks away. Although they had nothing on paper, they felt enormously better about their children, their skills as mothers and their lives in general. They had reinvented group therapy. Luckily, in the ancient tradition of oral history, they remembered each other’s stories and Mom’s the Word was born. The show took its first baby steps at the Vancouver festival Women in View. Over a decade later and more than 2,500 performances to over one million people, Mom’s the Word has crossed the international dateline and the equator.

Get ready for the screams, laughter, tears and gasps of recognition… (Mom’s The Word) is funny and brilliantly executed…a theatrical first.

The mother of all shows! Mom’s the Word is a great night out – away from the kids.

Oh, baby, this new comedy strikes the mother lode of laughter…a hilarious coup de theatre that you have to see for yourself.

…the way the creators have used their experiences and insights to communicate a whole world of emotions and discoveries means this cabaret can be appreciated and embraced by a much broader audience of men and women. Just don’t forget your Kleenex. The tears are never too far behind the laughter in this one. 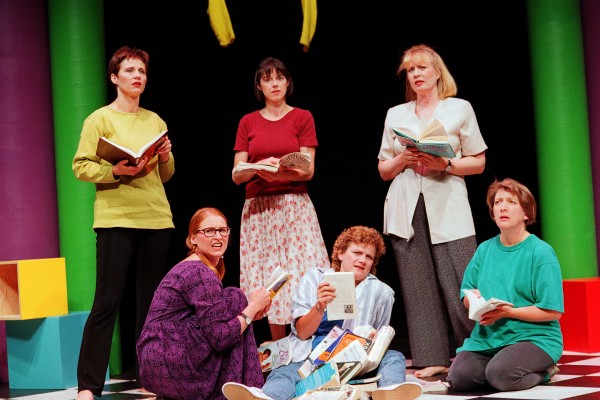 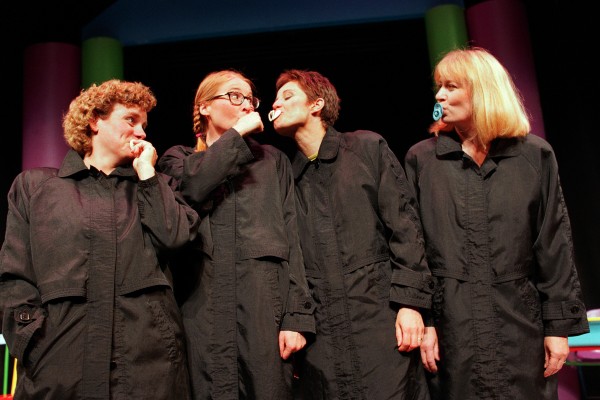 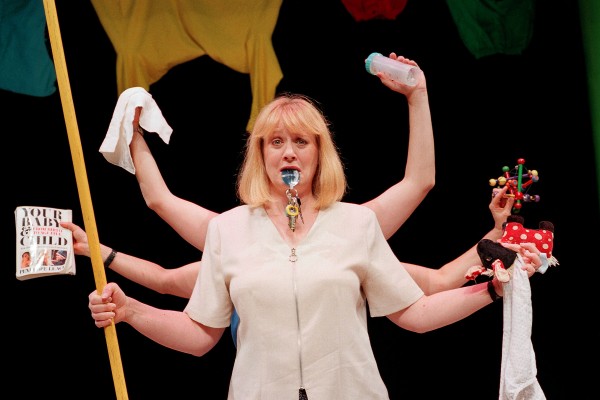 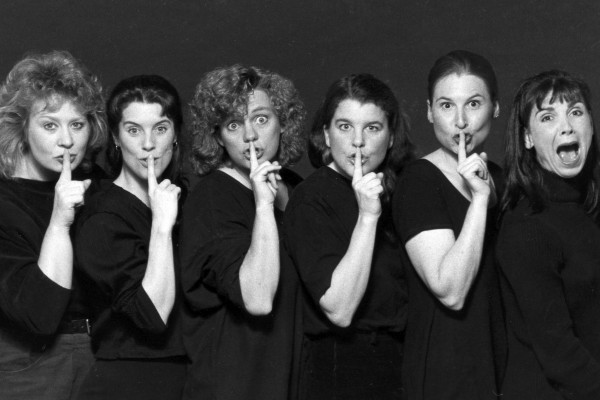 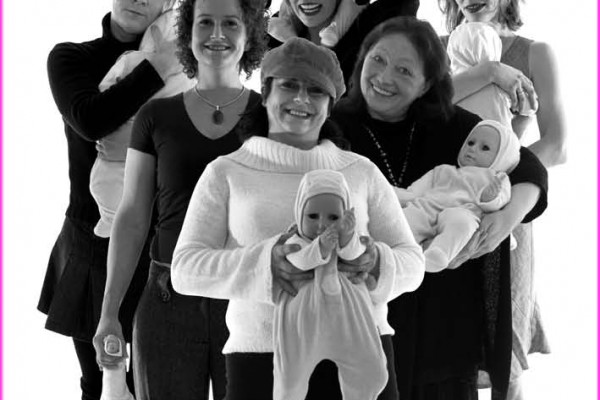 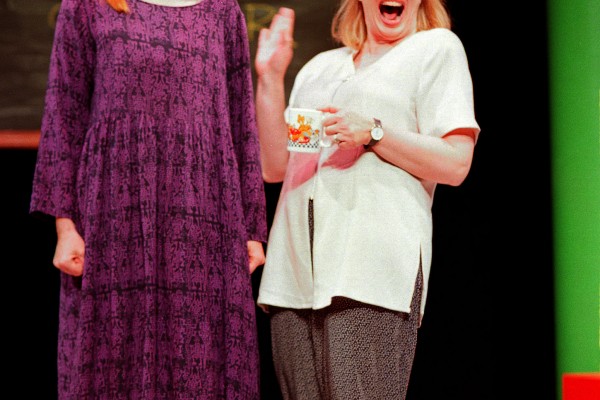 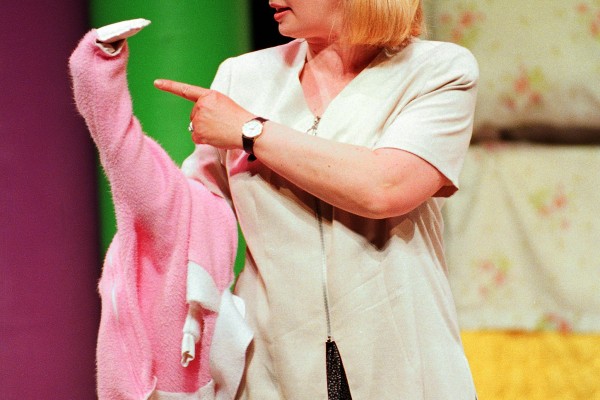 Originally produced in Canada, where the authors live, the play has had five sell-out seasons in Vancouver, completed four Canadian tours, and played to a resounding sell-out crowd at the 2001 Just For Laughs Festival in Montreal. The original Moms got together again for a two-month run in Vancouver in 2002 – their third visit to the theatre where it all began, The Arts Club Theatre. Since 1996, Mom’s the Word and its sequels have been performed to more than 200,000 people across its native country.

Since its conception, Mom’s the Word has become one of the most popular shows ever to be produced in Australia where it has been performed over 700 times. Premiering in 1998 at the Melbourne International Comedy Festival, the show was a theatrical triumph. The Australian version of Mom’s the Word went on to break box office records all over the country, had five national tours and a New Zealand Tour, and the show was celebrated with an extended run at the prestigious Sydney Opera House. Mom’s the Word has now been seen by nearly half a million people in Australia and New Zealand.

Mom’s the Word had its UK premiere in the spring of 2002. Again, the show was a huge success, selling out many performances in advance at all venues, before beginning a four week run at the historic King’s Theatre, Glasgow. The only show to play a longer season in Glasgow was Andrew Lloyd Webber’s Cats. The subsequent Scottish Tour set new box office records for numbers of tickets sold and speed of sales at all Scottish venues.

In the spring of 2003, Mom’s the Word debuted in London’s West End at the renowned Albery Theatre with a stellar cast which included Imogen Stubbs, Cathy Tyson as well as one of the authors – Barbara Pollard.

Since 2002, there have been 10 National Tours of the UK and Ireland, playing to sold out house from coast to coast in England, Scotland, Northern Ireland, Wales and the Republic of Ireland.  These tours have routinely featured TV celebrities from such shows as Coronation Street, and continue to play to rapturous audiences. Mom’s the Word has been performed over 750 times in the UK to more than 400,000 people.

Three American companies have brought the hilarity of motherhood to audiences in Chicago, Minneapolis and Houston. There have also been productions in Ireland, Germany, Switzerland, Norway, Mexico, South Korea, South Africa, and Italy and there are preparations for productions in Lithuania, France, Spain Argentina, Brazil, and South America.

These Moms keep giving birth to new productions across the globe.

Ran for 171 performances in Melbourne, Australia – 7 runs over 5 years 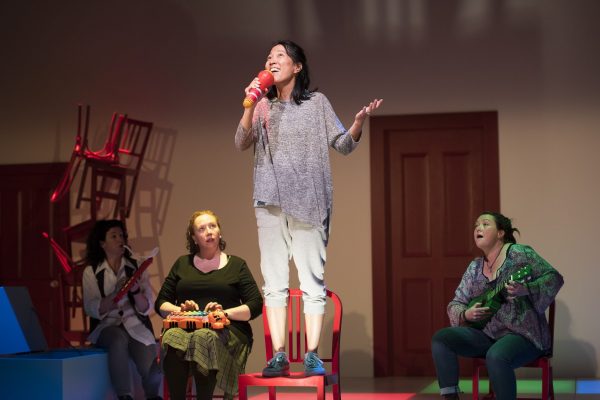 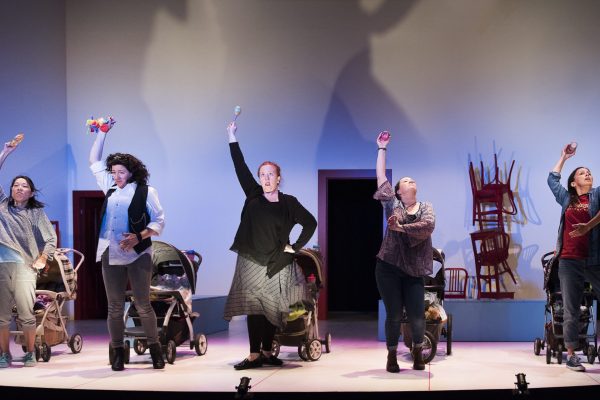 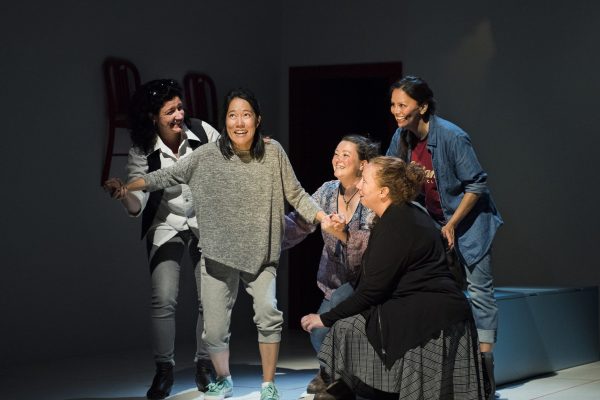 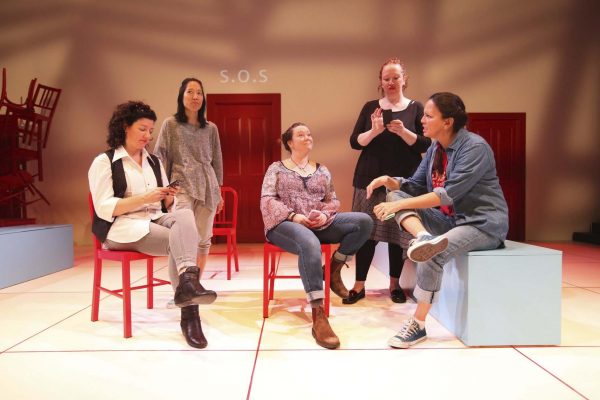