After 10 years of international success, the creators of Mom’s the Word  are back with a new hit production. Older and wider, this time they bring their hilarious tales of torment and teenagers!

Mom’s the Word 2 – Unhinged rides the same rollercoaster of emotions of everyday life with teens, poking fun at everything from trying to referee warring siblings to unfortunate experiments with alcohol and that awkward first talk about the birds, the bees, and latex. With sometimes painful honesty, the Moms also face head-on the issues of aging, the spectre of cancer, and marriage upheavals. And don’t worry if you haven’t seen the first Mom’s the Word  – or if you aren’t a mom. You’ll still find that you only relate to EVERYTHING!  Anyone who has ever been, or currently has, once had or plans ever to have teenagers must see this show for the horrific, joyful, absurd and often hilarious truths it tells about parenthood.

The Show is Definitely a Winner...

It's a night of comedy that no self-respecting mum can afford to miss.

Spread the word - Mom's the Word has just delivered a sequel that's not only as bright and bouncy as the original, but brighter and bouncier.

...Amid (the) exuberant jollity are vignettes...that are breathtakingly poignant and close to the bone. It's these moments of enriching empathy that turn Mum's the Word Teenagers into more than an enjoyable satire.

...this show earns every belly laugh and mid-scene round of applause for its fearless and honest portrayal of modern motherhood. They've revealed our secrets, but it's well worth the laugh.

The audience laughs and groans in unison at the familiarity of the horror stories about teens.

When we first started the Mom’s the Word  project…let’s face it, it was an excuse to get out of the house once a week.  We spent our entire budget on babysitting.  As our first performance loomed our expectations were not very high – we figured as long as our audience was other moms with kids the same age as ours they’d at least know what we were talking about, but everyone else would surely find this a great big bore.  We were prepared for a short run and a quick return to “normal” life.  Instead, we were greeted by an amazing outpouring from everyone in our audiences – understanding, connection, sympathy and laughter – a whole lot of laughter.  And success.

Mom’s the Word turned into a giant snowball rolling down a hill with us chasing behind it.  We adapted, sometimes quickly and sometimes not, but we eventually turned ourselves into a business, and we became that most rare of entities – a Canadian Theatrical Success, and THEN a Canadian International Theatrical Success.  What started out as the plain unvarnished truth of our personal lives became something to be discussed and dissected in a rehearsal hall, sometimes in languages we didn’t understand.

We were occasionally asked to make changes – to cut, to add, to make things funnier.  In other countries some things didn’t make sense, and some jokes didn’t work. We found that even the title only really worked in Canada because we spell it “mom” but we pronounce it “mum”.  The best decision we ever made was always to cast actors who were mothers themselves.  They knew what we were talking about, and they knew their own audience and their own community.  They never steered us wrong.

10 years went by amazingly quickly.  We all went on to other projects, sometimes even other professions, but we always stayed in touch as friends as well as business partners.  And these kids!  Half of them are taller than half of us.  We look at them now and we think…those first couple of years were a PIECE OF CAKE!  What did we have to worry about?  Keeping them alive!?  How hard was that compared to what we’re dealing with now?

So it seemed like a good time to start writing again.  Actually none of us had stopped, so it seemed like a good idea to think about a new show.   Sequels are scary.  You’re either too much like the first one, not enough like the first one or just not as good as the first one.   We decided to compare ourselves to ourselves as little as humanly possible, and we decided that our best bet was to stick to the original spirit of Mom’s the Word – tell the truth no matter how humiliating.   So far, so good. 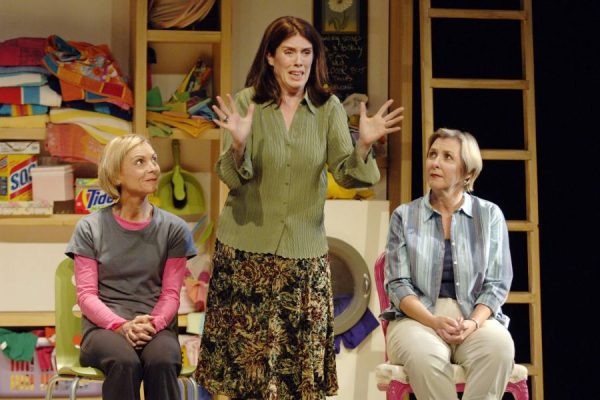 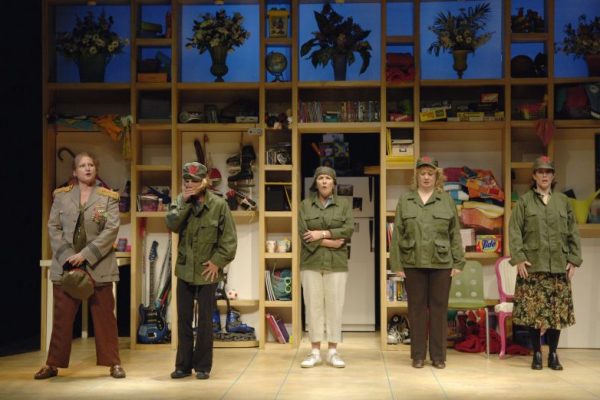 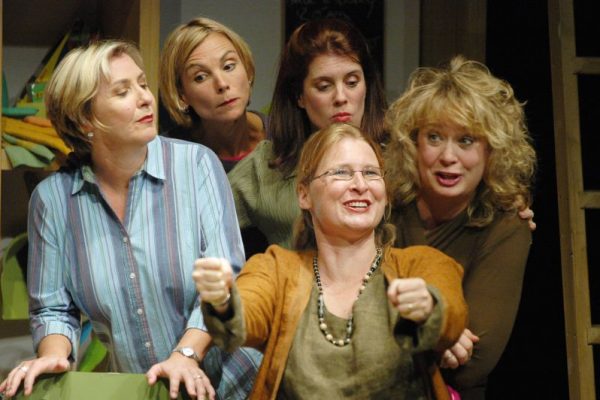 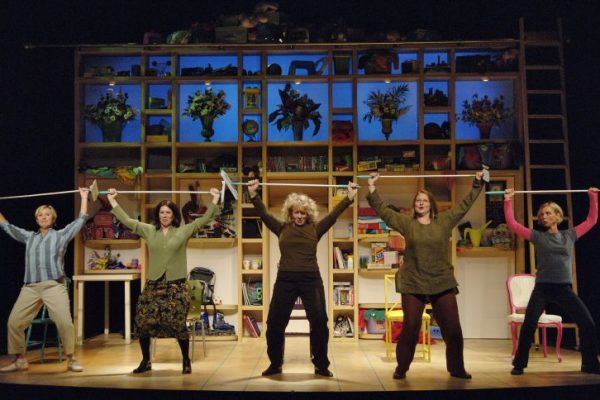 Like its predecessor, Mom’s the Word 2 – Unhinged had its world premiere at the Arts Club Theatre in Vancouver, Canada.  The creators performed in the production which opened in the fall of 2005 to rave reviews, standing ovations and a sold-out run.  During its first year of life in Canada, Mom’s the Word 2 was performed 125 times to over 40,000 people and an average of 90% venue capacity.

Before Mom’s the Word 2 had even played its first performance, it had generated buzz amongst producers in Australia and the UK, both territories where the original play continues to enjoy tremendous success.  By the summer of 2006, Burberry Productions was in full production mode in Melbourne, Australia and in mid August the OZ premiere opened to unprecedented advanced sales for a non-musical stage production.  Mum’s the Word Teenagers (as it’s titled in Australia and the UK) ran for 3 months and played to over 55,000 people.

Simultaneously, Robert Kelly Productions was developing the first European production in Glasgow and Dundee, which opened in the fall to a similarly ecstatic reception of critical raves and audience excitement.

Mom’s the Word 2 / Mum’s the Word Teenagers continues to be revived throughout the world, with productions ongoing or in development in Canada, Australia the UK and Ireland.

Since its premier in 2005, Mom’s the Word 2 – Unhinged has been performed to more than 250,000 people across three continents, and with each passing year, these Moms keep unhinging new productions across the globe. 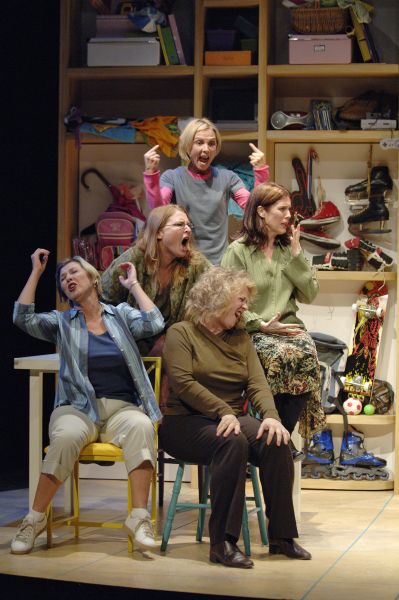