By David S. Craig, With Music by Justin Hiscox

“BOMBERS” is a story of the optimism, patriotism and heroism of the young men and women who served in the Royal Canadian Air Force, 6 Group (Bomber Command) during the Second World War. Bomber Command was Canada’s largest contribution – in cost and human loss – to the war effort. The story opens with Kate Ritchie, a young historian, who has come from England to interview Peter Benton, 94, who is living with his daughter Margaret. Old Peter has never spoken of his war experiences but Kate has pictures which provoke his memories who, in the form of the acting company, come alive on stage and demand his attention and honesty. He is reminded of his crew – Bobby, Gordy, Artie et al and the young woman, Emma Ross, whom he met on the boat crossing the Atlantic on his way to England.

As the story unfolds, we are drawn into the optimism and youthful hope of these young man, this naïve and undertrained crew, the mechanics and the officers who became part of the machine, and their ultimate acceptance of the devastation that this war is bringing. In the face of seemingly insurmountable odds, Peter pilots his crew on harrowing missions; there is loss, but also triumph. The story is one of loyalty, bravery, honestly and fear and ultimately one in which Peter Benton looks his past in the face, one that he has been reluctant to remember, greets each memory with clarity and compassion and accepts that the glory that he envisioned as a young pilot, serving in a devastating war, belonged to the members of his crew, the people on the ground, the friends whom he lost and the young woman whom he loved and had to leave.

A Play With Local and National Significance

The largest contribution Canada made during WW II was not to the invasion of Dieppe, D-Day or the liberation of Holland. In terms of manpower, resources and human loss, Canada’s biggest contribution was to the heavy bomber o ensive over Europe. Canada trained 131,500 personnel from England, Canada, Australia, New Zealand and twelve other countries. Canada built the planes, the bombs and provided transport for same (establishing Dorval and Gander airports). 1/3 of all bomber crews (40,000 young men) were Canadian. Ten-thousand air crew died making it the deadliest Allied service.

Canada’s contribution to Bomber Command was our national contribution but it played out on the local level. There were over 200 training bases in every province, in small towns and large cities alike. Tens of thousands of Canadians were affected by these bases. In fact, it is estimated that during the war period 2.1% of the Canadian population served the RCAF or RAF in some capacity.

The songs in BOMBERS: Reaping the Whirlwind are a combination of World War II period songs and original songs and musical numbers that are written in the style of the period but also allow the lyricist to heighten the emotional life of the characters and advance the narrative. 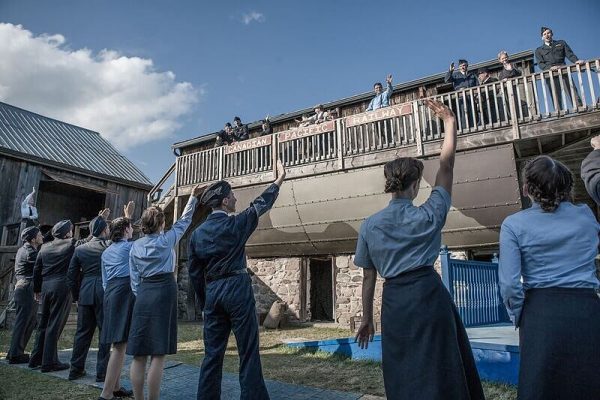 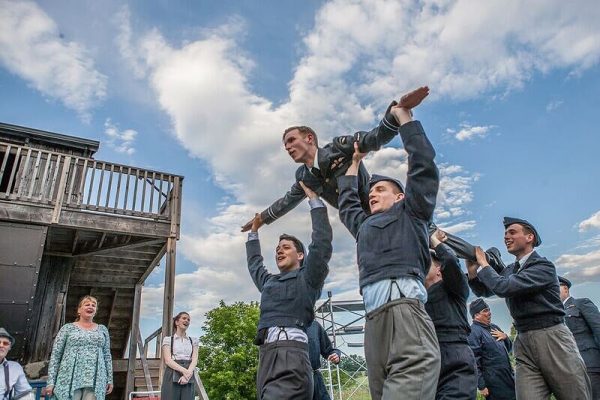 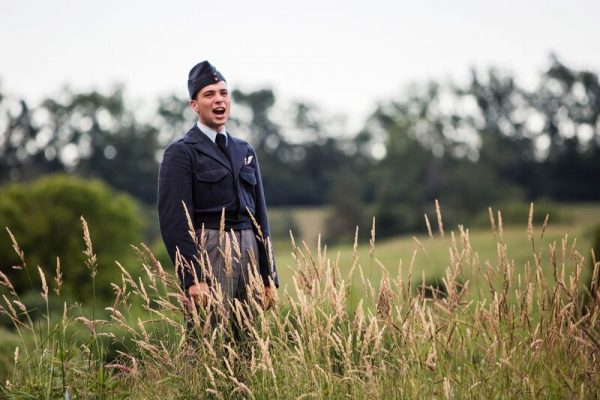 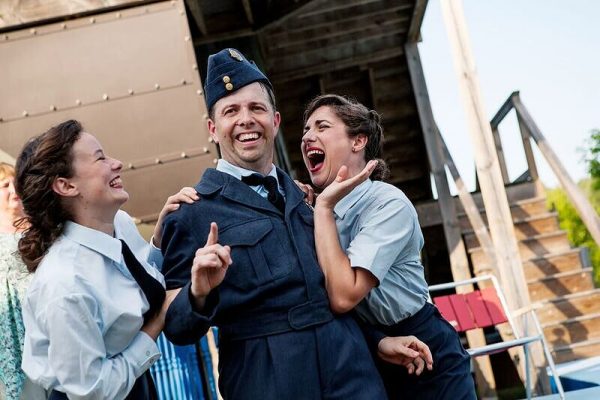 “A deeply moving, emotional look at the fly-boys of WWII, their bravery, their families and how the experience affected them years later. Beautifully written by David S. Craig and directed by David Ferry.”

"4th Line Theatre has put together a wonderful show that really has something for everyone. It has history, action, comedy, romance, tragedy, and joy. It has music and dancing, a sensational cast, great costumes, clever direction, and great use of unique performance space. But most of all, it has a strong story that is cinematic in scope with a lot of heart.”

By David S. Craig, WITH MUSIC BY JUSTIN HISCOX

BOMBERS: Reaping The Whirlwind is a full length play with music which dramatizes Canada’s contribution to the heavy bomber offensive during the Second World War. Written by award winning, internationally produced playwright David S. Craig after thirty years of research. The play premiered at the 4th Line Theatre in Millbrook on July 6, 2017 under the direction of David Ferry with costume design by Karyn McCallum and set design by Glenn Davidson. The play premiered with sold out houses, revenue over budget, and a hugely positive response from audiences. 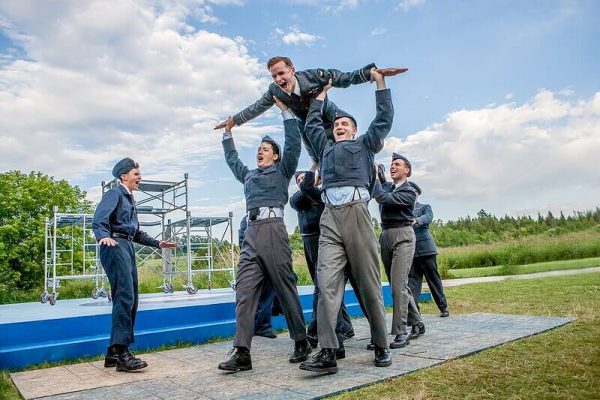 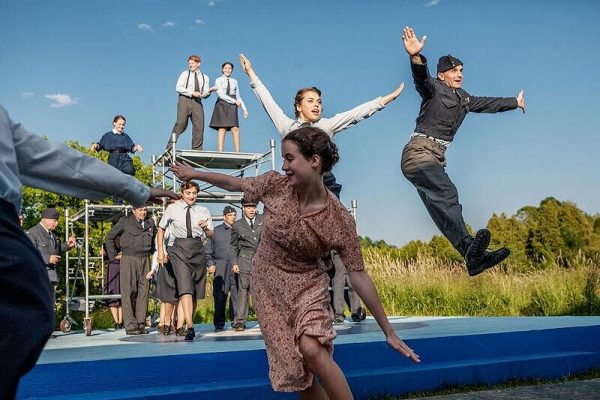 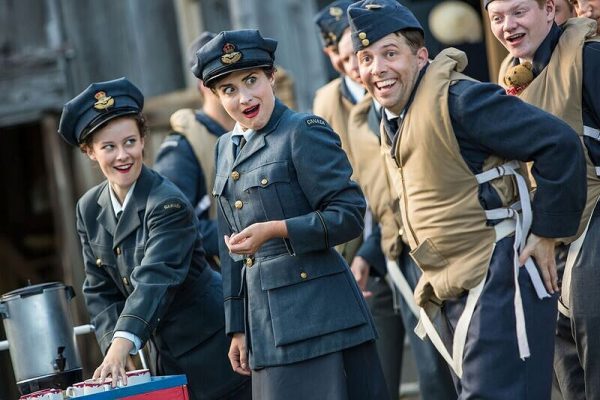 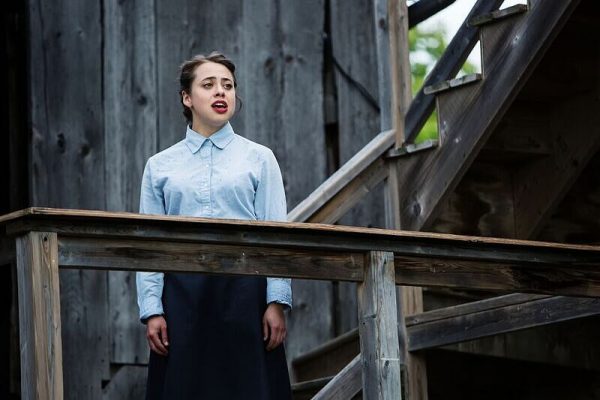