A young businesswoman returns to her AirBnB to find that her host has been waiting up for her. What started as a cordial relationship between strangers begins to steadily escalate into a tense and unnerving battle for control.

In this new thriller, two women face off against each other in a struggle for meaning, connection, and power.

NNNN - "You might think twice about booking your next AirBnB room after watching Michael Ross Albert's thrilling two-hander."

"Without a doubt, a must-see of the Fringe."

"A poignant, thrilling experience that left me rattled."

"Michael Ross Albert knows how to reel you in slowly, then hook you. He is a rare writer that can state his themes directly and still give you more to think about in the subtext."

60 minutes with no intermission 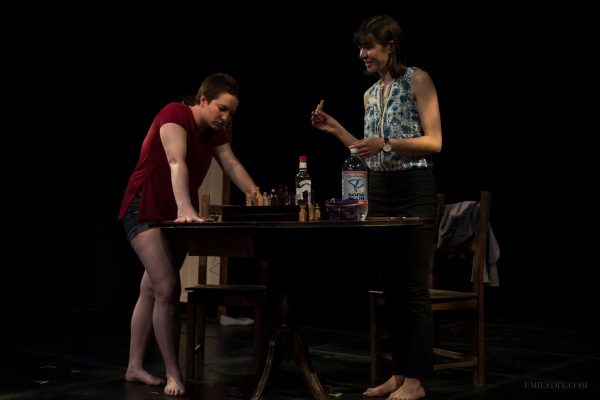 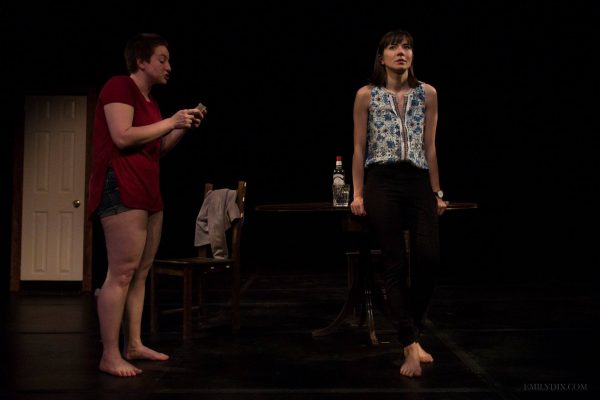 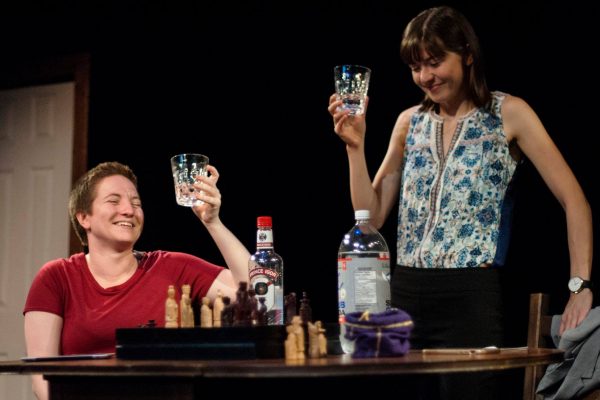 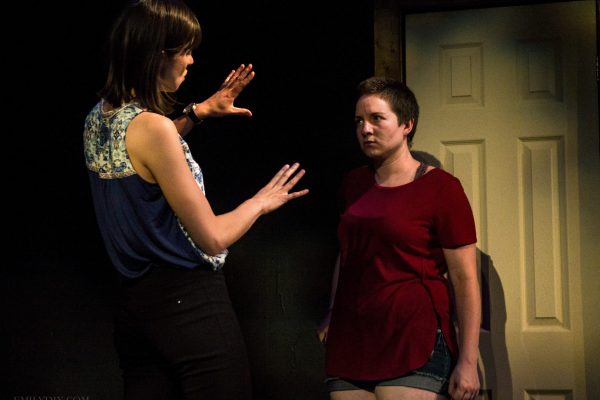 Anywhere received its world premiere in The Toronto Fringe Festival in July 2018 at the Factory Theatre Studio. Produced by One Four One Collective and The Spadina Avenue Gang, Anywhere was directed by David Lafonatine, and featured Courtney Ch’ng Lancaster and Cass Van Wyck (pictured above; photo by Emily Dix, costume design by Lindsay Dagger Junkin).

The Toronto Fringe Festival production of Anywhere was named Patron’s Pick of the Factory Theatre Studio. The play was listed among NOW Magazine’s Outstanding New Plays and was selected to be remounted in the Best of Fringe Festival at the Toronto Centre for the Arts