This is How We Got Here

This is How We Got Here

It’s been a year since Paul and Lucille’s son Craig committed suicide, and their once-solid family bonds are starting to break down. While the now-separated couple tries to honour their son, Lucille’s sister Liset and her husband Jim refuse to discuss their nephew. The ties that keep the four together as sisters, best friends, and spouses are strained by grief and guilt… until a visit from a fox changes everything.

Simultaneously heartbreaking and heartwarming, This Is How We Got Here follows a close-knit family as they deal with an unexpected loss. A mother, father, aunt, and uncle must learn how to move forward after the trauma and re-learn how to interact with one another with forgiveness, humour, and love.

“While the material of This is How We Got Here is deep, the show didn’t leave me feeling anything dark. Instead, I was happy to have experienced the talent of everyone involved, and to have gained perspective on what I felt were honest and true reactions to the tragedy of suicide.”

“The writing in 'This is How We Got Here' is so realistic and true to life that anyone can relate to the story regardless of whether they experienced a profound loss or not. You can take any line from the play, and I am sure you have either said it yourself or had it said to you.”

“…nothing short of breath catching”

“Keith Barker has a voice that deserves attention.”

“Keith is a phenomenal writer when it comes to speaking with real heart.”

Nominated for the 2018 Governor General’s Literary Award for Drama

The play was also a finalist for The Indigenous Voices Awards in the alternative format category, 2018

The Gore Bay Community Theatre won Outstanding Production for their production of This Is How We Got Here at the QUONTA drama festival in March 2019 and will go on to the Theatre Ontario Festival in May. 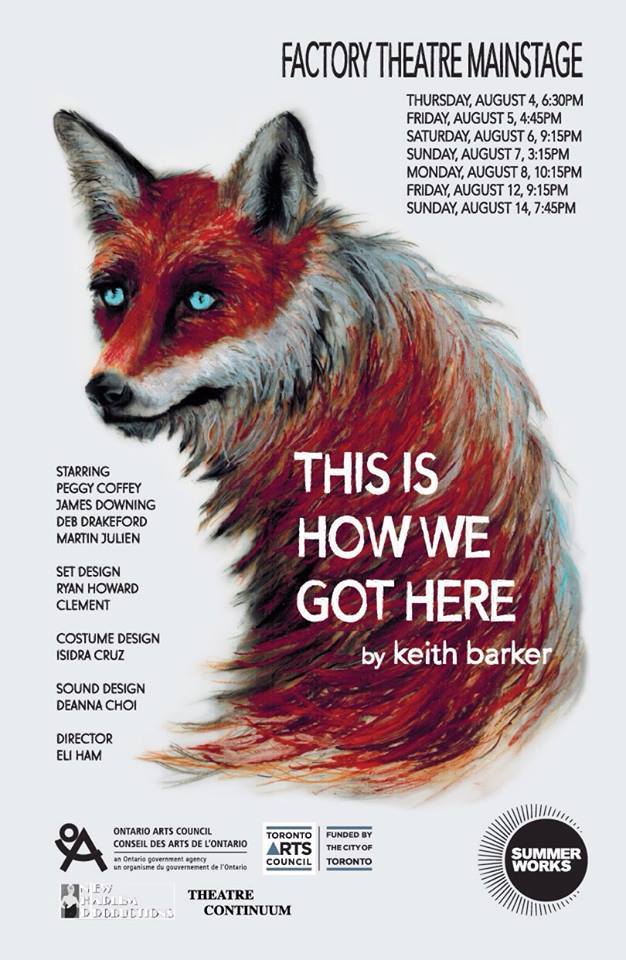