Inspired by the true life story of Elijah McCoy, The Real McCoy tells the tale of this extraordinary Black inventor.

Born in Canada to runaway slaves, McCoy was educated in Edinburgh and later moved to the US where he became a leading expert in the field of thermo-dynamics. His invention of the self-lubricating hydraulic pump in 1872 revolutionized steam engine travel and by extension the industrialized world. When others tried to imitate his invention with lesser success, suppliers began asking for “the real McCoy”, an expression of authenticity that has lasted more than a century.

Over the course of his career, McCoy patented 57 inventions including the portable ironing board, rubber-soled shoes, the circulating sprinkler, and a staggering array of other items. Yet McCoy’s true racial identity became a hindrance to his career interests, and his move to the U.S. was coupled with triumph and personal tragedy.

The Real McCoy accomplishes the difficult task of finding the universal resonances in the particulars of history. It is a powerful story that deals with the failed promises of the late industrial age, and the struggles between science and faith, between pride and forgiveness …all manifested in one Elijah McCoy.

Slickly crafted and always interesting … Maurice Dean Wint turns in a wonderfully subtle and eloquent performance as McCoy, delighting in the baroque turns of language the man favored and letting us peek inside the way his incredible mind functioned.

Wint’s stately, elegant portrayal of McCoy is worth the price of admission … Kevin Hanchard gives a stand out performance.

The Globe and Mail Paula Citron

A work that deserves the widest audience possible.

Performances like this one set the bar both for ensembles and individual actors, and demand better of other plays attempting to marry good storytelling with social justice.

The Globe and Mail National, Toronto

...elegant and funny...masterful…beautiful use of the space with many vivid images...Check out this strong production while it lasts.

Rises to meet the expectations of the show (and surpasses them)...brilliant cast of players

compelling...brilliant presentation...the genuine article; a smart and engaging production that enlightens and informs. 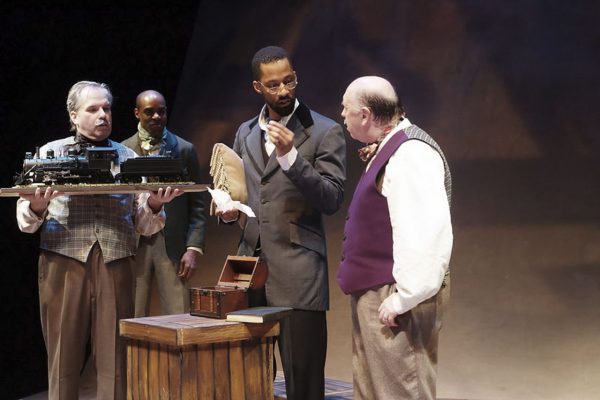 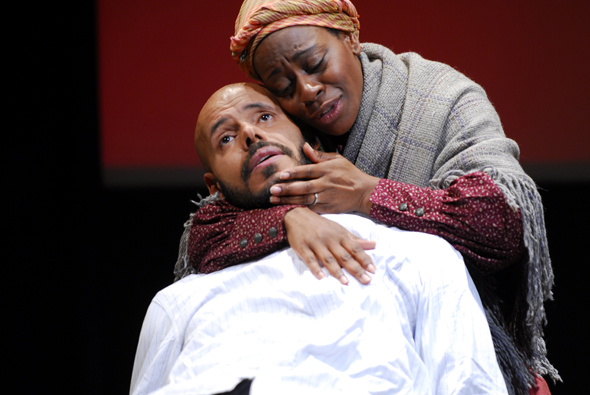 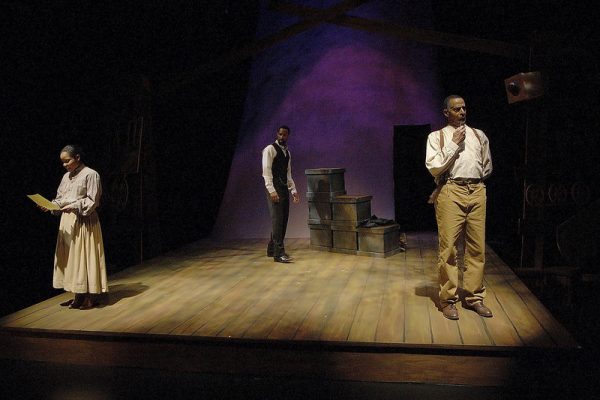 The Real McCoy premiered at The Factory Theatre in Toronto February 2, 2006. The production ran for 5 weeks and was widely celebrated by both audiences and critics alike.

Due to demand, the play returned to The Factory Theatre for a second successful run in the fall of 2007 before touring to Ottawa’s Great Canadian Theatre Company, where it was similarly well received with both popular and critical acclaim.

In 2011 it received its US premiere at The Black Rep in St. Louis, MO, where it received an equally positive reception, and garnered multiple Kevin Kline Award Nominations including Outstanding Director (Andrew Moodie) and Outstanding Ensemble.  In 2012 The Real McCoy received a new Canadian production with the renowned compay 4th Line Theatre.