A black-and-blue romance with a bruising climax and a colorful cast of pugs, thugs and dames, Seeing Stars picks up where Broadway’s mid-century book musicals left off with a larger-than-life tale set in the rich milieu of New York’s 1930s boxing scene.

It’s 1937 in New York City. While reigning light heavyweight champion Eddie “Bare Knuckles” McSorley prepares to retire from boxing, his old friend and rival in the ring, “Gentleman” Joe Sullivan, returns to Hell’s Kitchen and Delaney’s Gym, where he and Eddie trained together as boys. Joe has been gone for a decade, having abandoned boxing after blinding an opponent in his first professional fight.

Jean Barker, an ambitious reporter who wants off the “ladies’ page” to cover sports, strikes a bargain with her editor at the World Chronicle: if she can convince a resistant Joe to challenge Eddie in the champ’s last bout before retiring, she will get the story. Joe and Eddie both fall in love with her. Although she is attracted to each of them and confused about her feelings, she lets ambition come first and manipulates Joe into agreeing to fight Eddie.

Doc Mulligan, a racketeer who owns a piece of Eddie, is the landlord of Delaney’s Gym, Charlie Delaney’s business and home (and hang-out for local boxers, trainers, and reporters). Doc threatens to shut down Delaney’s if Eddie retires. Despite this, Charlie tries to persuade Eddie that if he beats Joe he should use the prize money to square his debts with Doc and leave boxing. Meanwhile, Eddie confides in Joe that he cares for Jean, unaware that Joe feels the same way. In the ring, challenger Joe starts slow but wins the fight with a decisive right hook in a round-four TKO. Following the fight, Jean at last realizes she’s in love with Eddie, not Joe. During a party celebrating Joe’s victory, Charlie reveals an unexpected gift that allows him to save the gym, and newly minted sports writer Jean proposes to Eddie.

Seeing Stars was definitely one of the highlights of the New York Musical Theatre Festival:
a vibrant, melodious score, great plot and characters. I’m keeping my fingers crossed for it.

In the world of fraternal songwriting teams, America may have had the Gershwins
- George and Ira - but Canada’s got the Breithaupts.

(Seeing Stars is) a light-hearted throwback to the golden age of tuners.

The Breithaupt Brothers have a gift for tuneful theatrical fare.

The Breithaupt Brothers write high-quality songs in a wide range of styles.

I am way too young to remember the golden age of jazz and musical theater, but I imagine it must have sounded a lot like the music the Breithaupt Brothers write.

The Breithaupt Brothers are writing for every generation, with a truly timeless sound.
I am always honored to sing their songs.

I am consistently delighted by the Breithaupt Brothers.

There is a timelessness in Jeff and Don Breithaupt’s work, in their craft, wit, and feeling.

150 minutes (including one intermission) 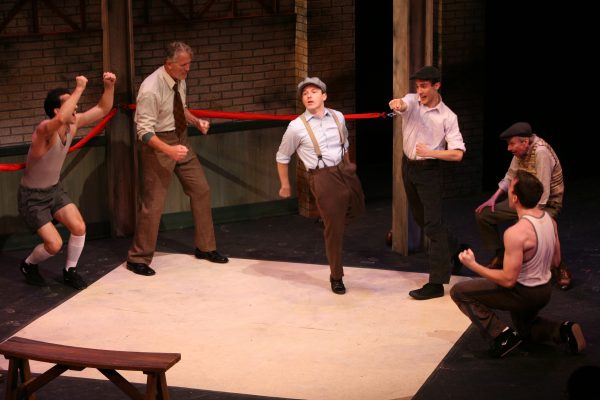 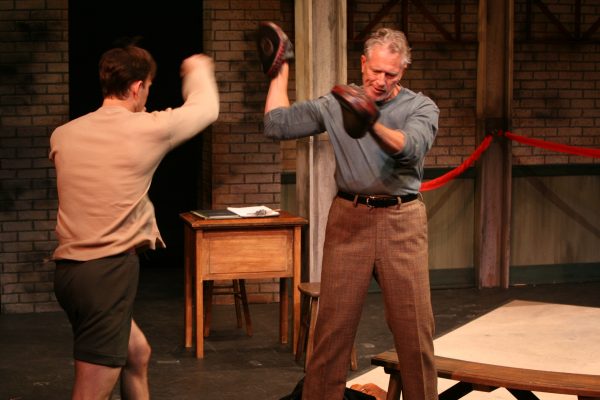 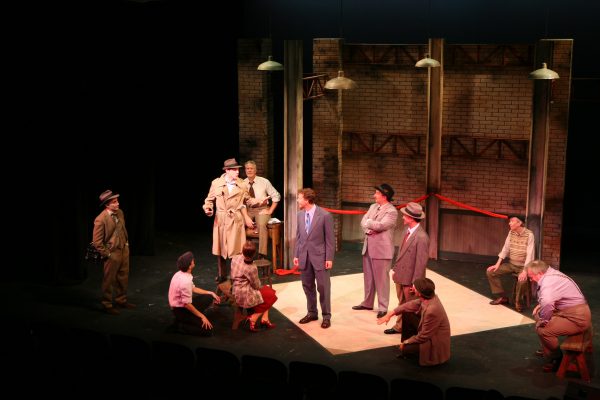 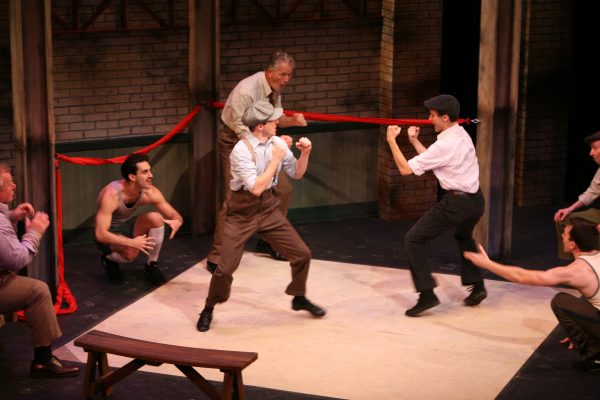 New York Musical Theatre Festival: Selected from a double-jury process as one of 12 “Next Link” productions in the New York Musical Theatre Festival. The full production, featuring Kevin Earley and Michael Halling, enjoyed a sold-out run and was directed by Jenn Thompson and choreographed by Liza Gennaro, with fight direction by Tony Award-winner BH Barry.

Seeing Stars has been a finalist for developmental workshops at NAMT and the O’Neill National Musical Theater Conference. 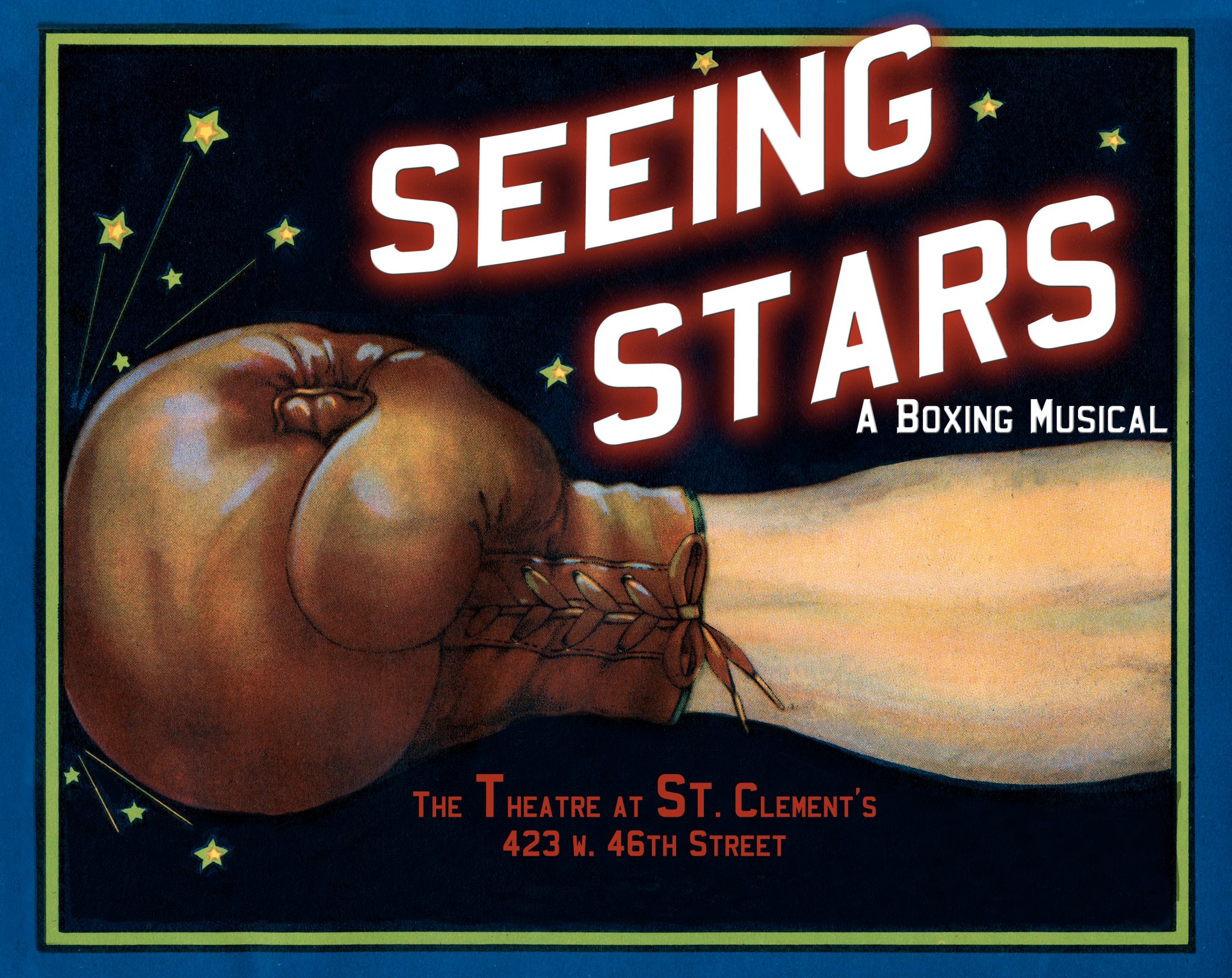