Mom’s the Word: For Crying Out Loud

Mom’s The Word: For Crying Out Loud

“Every day I start out Mary Poppins but I end up Cruella de Vil.”

From tots to teens the Moms have tackled them all and now they are back! The shockingly funny Moms reunite to bring us highlights from the smash hits Mom’s the Word and Mom’s the Word 2: Unhinged, their globetrotting, multi award-winning comedies. They’ve touched hearts and tickled funny bones from Australia to London’s West End with their true stories of the heartache and joy of motherhood. New mom or grandmother, male or female, the Moms will move you to laughter and put a lump in your throat.

★★★★ A standing ovation at a show this week was proof enough that it doesn’t matter whether you’ve seen the first two versions of 'Mom’s The Word', these women will make you laugh, perhaps cry, certainly reminisce, but mostly just feel good to know you aren’t alone in the challenges and curves life throws at you...There is not a weak or wasted moment in this two-hour show that should not be missed.

The material feels no less fresh or clever and it remains screamingly funny. I can’t remember an audience enjoying itself as much. And I was right in there laughing my head off. : Anyone who currently has, once had, or plans ever to have children should see this show for the horrible, hilarious truths it tells about parenting—and for the remarkably astute and talented women who’ve turned messy motherhood into achingly funny art.

You’ll laugh. You’ll cry. Your heart will be full. No wonder the first two shows in this semiautobiographical series have become international hits...This is the real deal.

There were delicately poignant, heartfelt, lump-in-your-throat parts. But then there were wonderfully hilarious, rip roaring 'did they just say/do that?' moments. It all contributed to a fantastic roller coaster ride that left me wanting more.

★★★★ out of 5 - Comedy and poignancy coexist very comfortably in the cluttered fridge-and-washing-machine world of Mom’s the Word, even if real life doesn’t always tie things up at the end quite as comfortably. 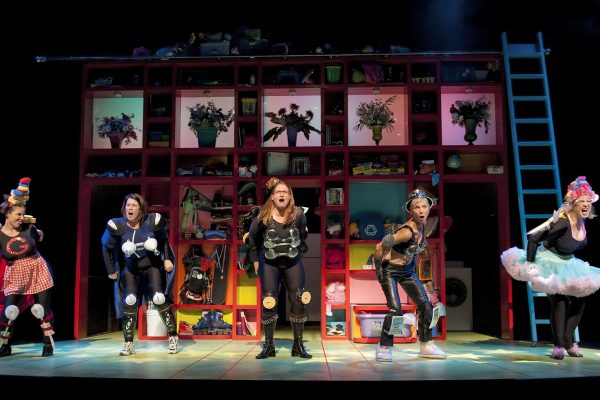 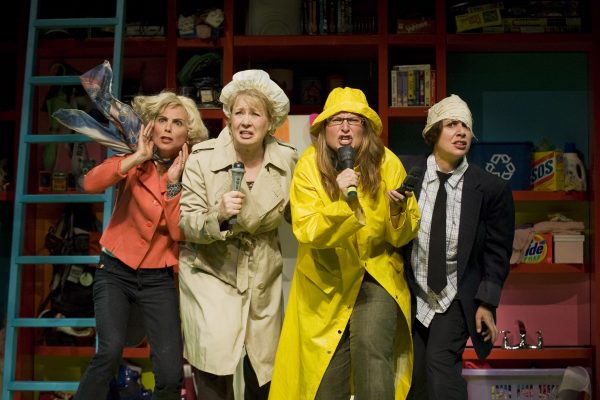 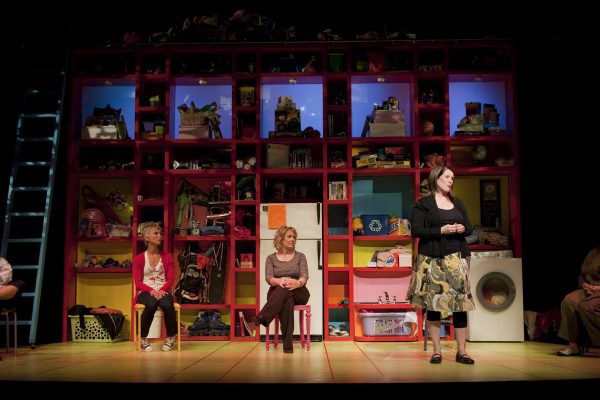 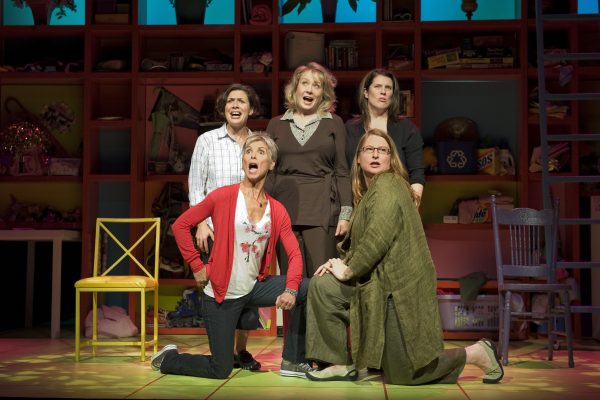 Twenty years ago, six professional actors found themselves fully employed but ironically unpaid in the shocking role of “new mothers”. They began meeting once a week to create a piece of theatre they hoped would explode some of the mommy-myths they’d encountered. There had been lots written about the glory of motherhood but little of the gory bits. They talked, they laughed, they cried, they whined, they complained, they laughed some more but they didn’t get anything down on paper. With a deadline looming, in the tradition of oral history, they remembered each other’s stories and decided on which stories HAD to be told. Thus was born Mom’s the Word.

The show became an instant success at home in Vancouver and went on to become an international sensation. To date, Moms the Word has united parents in 17 different countries and has been translated into 11 languages.

As their children grew older and taller, the “moms” grew older and wider. Suddenly thrust into the world of teenagers they again sought protection, using the only tool they had: Public Exposure! This second show was called Mom’s The Word 2: Unhinged.

Now the “Moms” have combined both shows in Moms the Word: For Crying Out Loud to give you the full journey of parenting from “the toothless to the ruthless.”

Mom’s the Word:  For Crying Out Loud was originally produced with the title ‘Mom’s the Word – Remixed’ in Vancouver, BC in 2009 at the Arts Club Theatre Company (Granville Island Stage). 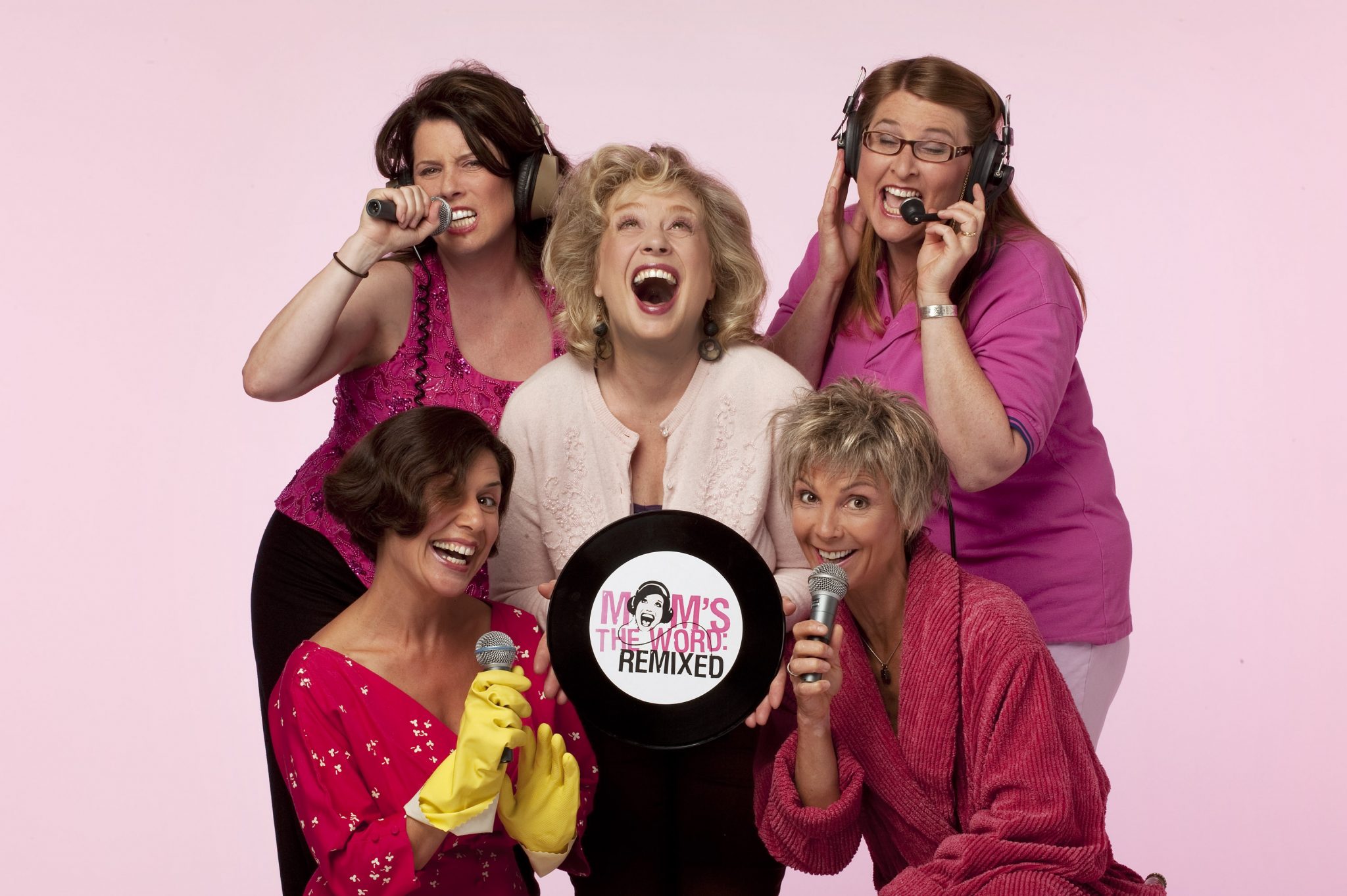 Arts Club, The cast of Mom's the Word Remixed. Photo by David Cooper