One year after a tragedy, two families sit down to dinner.

Far from finding the closure they seek, the dinner strips bare their good intentions to reveal layers of parental, sexual, and political hypocrisy. Written with sensitivity and humour, Late Company is both a timely and timeless meditation on a parent’s struggle to comprehend the monstrous and unknown in their child.

"Poignant, gripping and fiercely relevant, Late Company is a powerful, moving production that will leave you devastated, and is essential viewing on the perils of and destruction bullying wreaks, be they parent or child."

5/5 stars ...Jordan Tannahill’s searing, unforgettable drama. There are no easy answers to be found here, only the shattered realities of two families struggling to put a terrible ordeal in the past.

★★★★★ - Tannahill tackles the issue of bullying in an unprecedented way by presenting the bullied as a bully himself, creating yet again another vicious circle… 'Late Company' is the reminder of the complex and impenetrable nature of the relationship between loss and blame. By casting a light on the effects of grief and self-righteousness on two families' different healing processes, it broadens the discussion on ever-relevant themes and acts as a memento of the impact words and actions have on people's lives.

★★★★☆ - Tannahill’s writing fizzes with authenticity. His arrow sharp dialogue is by turns comic and excruciating. Tannahill’s play, written when he was only 23, may be unapologetically conventional but in the way it picks apart our misguided hunger for easy resolutions, it’s utterly transfixing.

★★★★☆ - Nimble study of a prickly subject…Jordan Tannahill explores the indirect effects of bullying via an awkward dinner party.

★★★★☆ - This is theatre in its purest form: a cathartic cleansing… The strength of both script and the performers is the toe curling, stomach jabbing unpleasantness of the entire exercise of the evening, and the uneasy dynamic these actors create on stage – a palpable mix of hostility and pity on all sides…a solid story…Late Company weighs heavily on your mind in the days following the performance, and the desire to revisit the Shaun-Hastings and see more of their recovery sinks deep into your consciousness.

Packing more drama and provocation into its 75 minutes than many plays twice its length do. It deals deftly with its themes of forgiveness, retribution, and accountability.

...a powerfully polarizing script. There is humour and heartbreak in equal parts... 10/10

★★★★☆ - "With Singapore having one of the highest rates of bullying in the world, there’s never a more relevant time for the staging of Late Company than now." 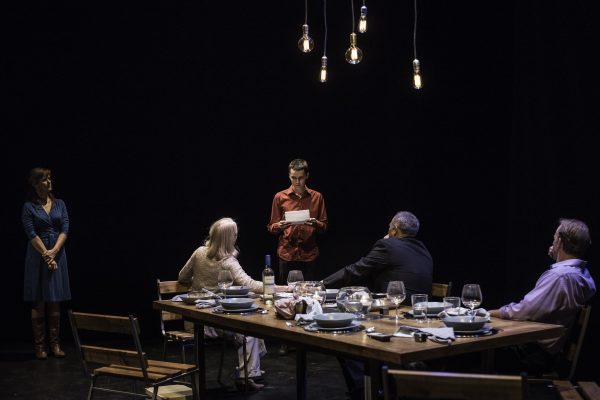 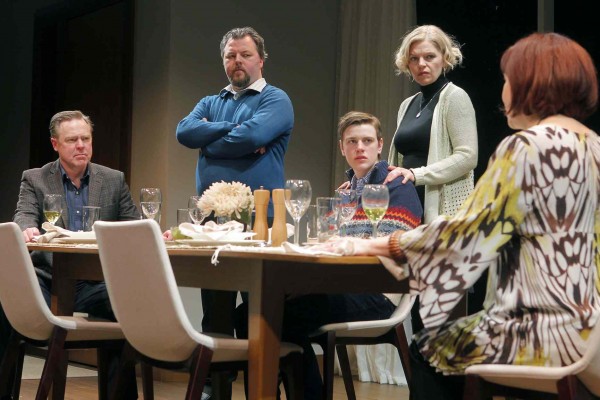 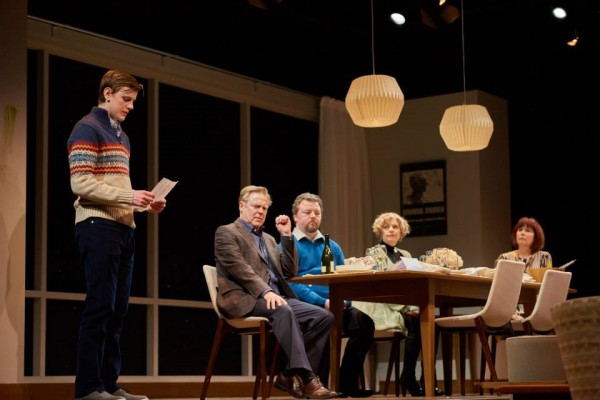 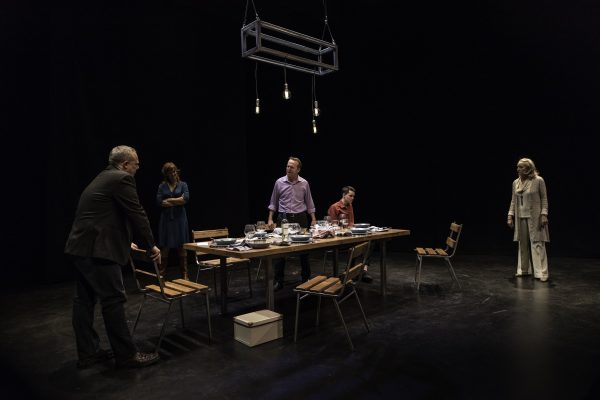 Late Company was heralded even before it premiered, having won the 2012 Enbridge playRites Award and the 2013 Herman Voaden Playwriting Competition.

It premiered at the 2013 SummerWorks Festival, where it won the Best Production and Audience Choice Awards.

Chosen as one of the Top 10 productions of Toronto in 2015 (NOW Magazine, Jon Kaplan)

The play saw it’s UK premiere at Finborough Theatre in London.  The celebrated production was then transferred to the West End, Trafalgar Studios in August of 2017.

Late Company premiered in Singapore with Pangdemonium Productions in early 2019.