Love in the bleachers.  Blood on the ice.  The usual small town affair.

Hockey Mom, Hockey Dad by Michael Melski is a slashing two-hander about two lonely single parents who meet and fall in love while watching their kids play a season of minor hockey.  In their section of the bleachers in an old rink, they find the best and worst in themselves reflected by the game.  Love and violence collide in this tender, uproarious, and sometimes disturbing story about our national obsession.

Hockey Mom, Hockey Dad has delighted traditional theatre goers and critics, and just as significant it has also brought new audiences to the theatre – those who typically are more familiar with the arena than the stage.

This is a play for my friends then. We were a dirty bunch, deserving of the litter thrown at us by the rink rat girls we teased. No Guy Lafleur’s goldilocks or Sittler’s Wheatabix for us. We were ten-and-under pretend-flyers spat from exhaust pipes, splayed arse over tit across ice in Coachie’s fierce diagrams. Bobbie Clarke, our idol, his gap-toothed diabetic brilliance made our lives sweeter. We picked fights for the fans, the moms and dads, swore a blue-line streak to dead last, and the shit really hit the fan when we got home. This is also a play for my Uncle Ches. He was a kid from the Pier who made it all the way to the Montreal Junior Canadiens, once faced Jacques Plante on a breakaway and missed, later crashed into a goal post in full flight, ruptured a kidney, then took eight years to die on dialysis. But he almost made it. This is a play for my friends now. Some of them married some of the girls who threw garbage at us. Some of them are raising their own little Bobby (and Bobbie) Clarkes now. For whole families of of rink rats, new generations of broken hearts, playing the great game… Play on.

And like a cup of doughnut-shop coffee, Stoneham's production goes down smooth.

Hockey Parent Play Scores with endearing realism...(Michael Melski) writes like people talk and if that isn't a definition of good dialogue then I don't know what is.

Hockey Play Shoots - Scores! This poignant, involving play takes a simple love story between ordinary people and transforms it into something quite wonderful.

Scoring on the Sidelines...charm, humour and skill...Michael Melski's Hockey Mom, Hockey Dad has these qualities, plus a setting that's commonplace in the outside world but unusual to the point of being exotic in the theatre - a double recommendation.

'Hockey Mom, Hockey Dad' A Winner - Persephone Theatre scores on a breakaway with 'Hockey Mom Hockey Dad'...The Canadian play by Michael Melski may be the first romantic comedy set in a rink, and it's a good one.

...'Hockey Mom, Hockey Dad' is a complex weave of feints and gambits, offence and defense, between two people for whom you have feelings...

...This show is much more about the game of love than the game of hockey, but Melski doesn't spare the barbs when it comes to showing the beastly behaviour of overly-serious hockey parents. Most of it is in a humorous vein, but the point is made. 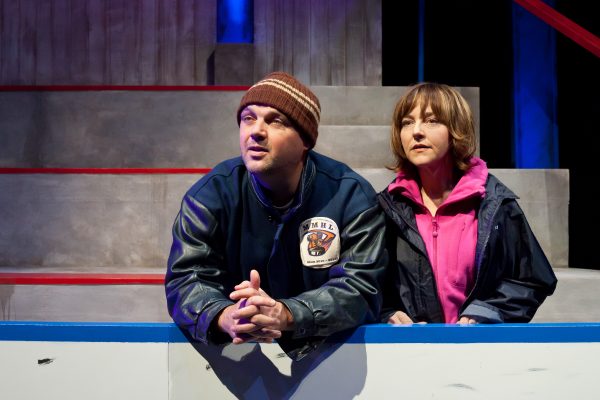 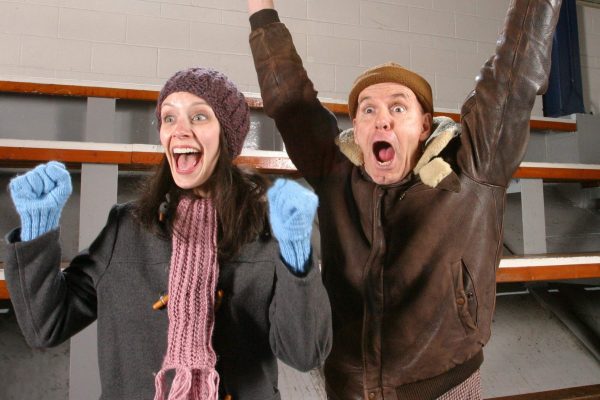 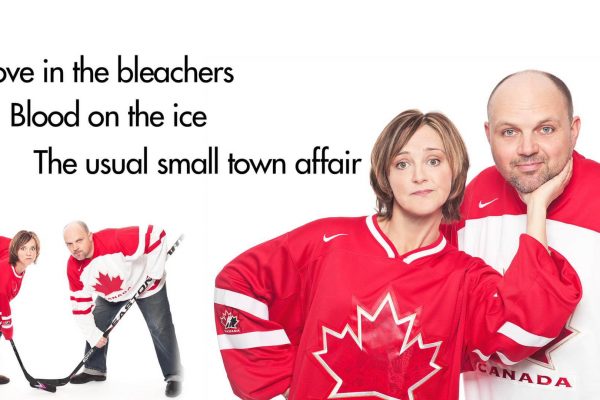 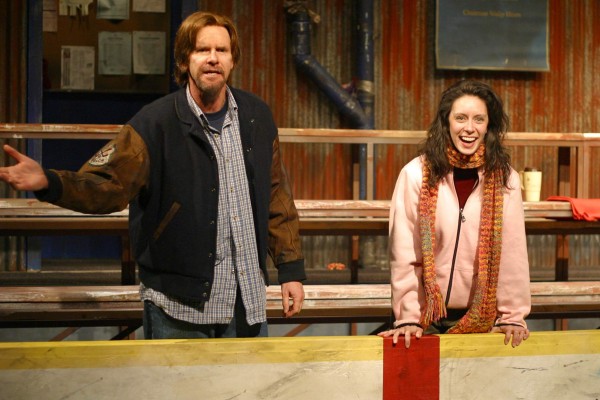 Hockey Mom, Hockey Dad was first produced by Two Planks Theatre Company on tour throughout Nova Scotia, PEI and New Brunswick in 1999 and throughout the rest of Canada from 2000-2001.

In 2003 it was produced at the Factory Theatre (Toronto) and revived later that year in a production that enjoyed sold-out shows and garnered rave reviews.   The production was honoured with numerous Dora nominations and it drew national attention from all the major regional theatres.  It has since been produced in dozens of other Canadian cities, scoring with audiences and critics alike everywhere it’s mounted.

In 2010 Hockey Mom, Hockey Dad made its US debut with simultaneous productions at the Actors Theatre of Minnesota (Minneapolis, MN) and Stoneham Theatre (Stoneham, MA). 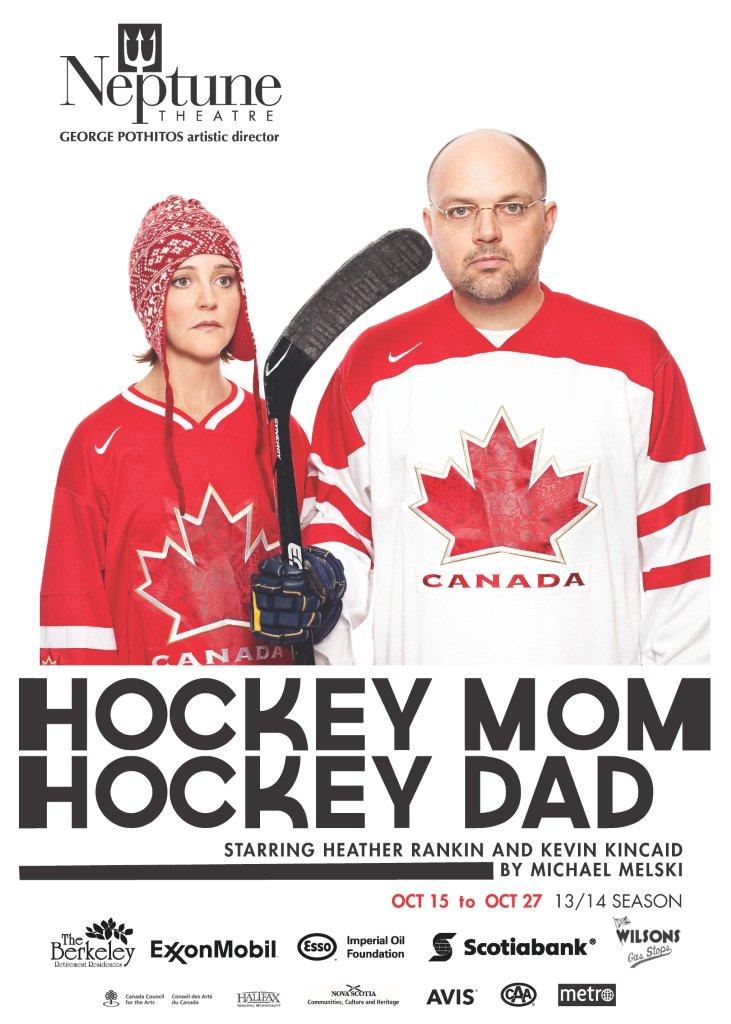 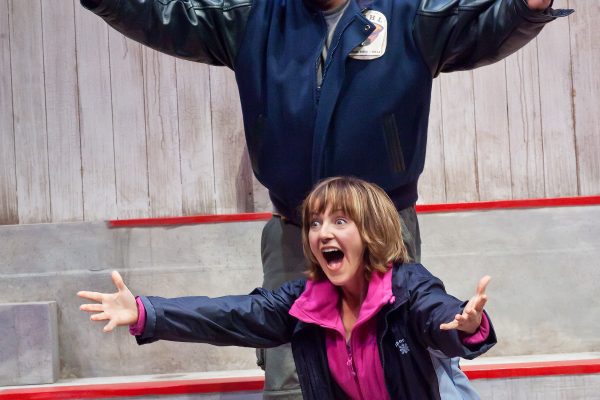 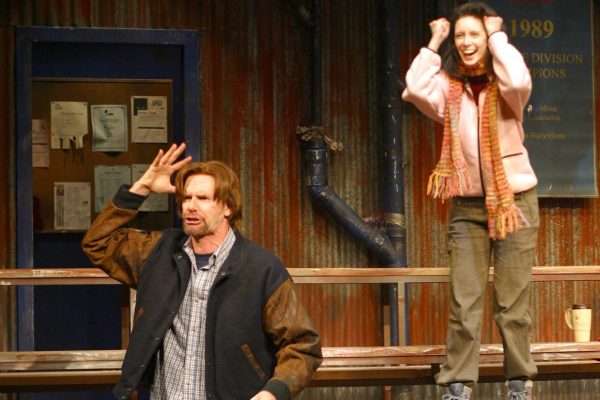 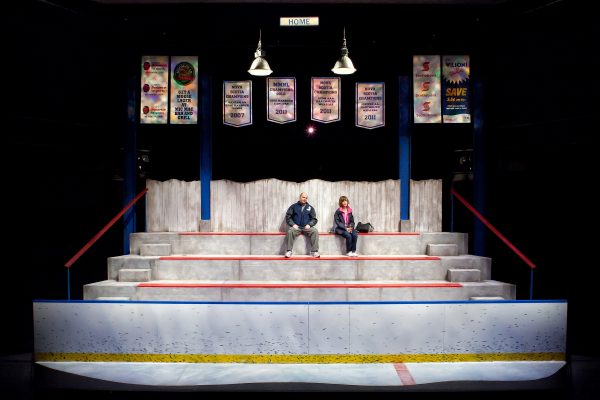 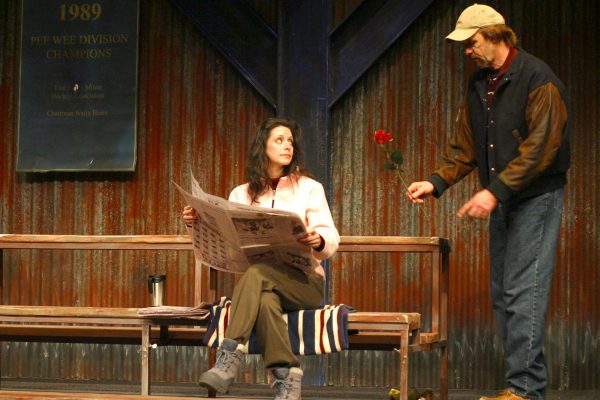